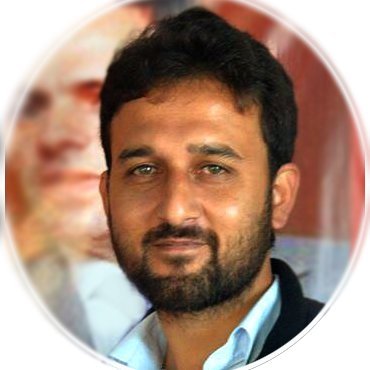 Srinagar, Jan 10: National Conference (NC) on Monday voiced concern over the illegal and tax-free import of Iranian apples into Indian market asking GOI to safeguard the interests of orchardists from Kashmir.

Drawing attention of GoI towards the havoc played by illegal dumping of Iranian Apples in India, the party spokesperson Imran Nabi Dar stated that the quantum of cheap Iranian apples entering India illegally is eating into the Kashmiri Apple market share. “Losses incurred due to the illegal import of Iranian apples into Indian markets has resulted in a dip in demand for local apple produce as a result of which over 3 Cr apple boxes are lying unsold in Kashmir division,” he said adding, “Kashmir’s economy stands in shatters owing to back to back lockdowns starting from 2019. Horticulture, being the main driver of J&Ks economy, was one such sector helping us to remain afloat. Now even that is under threat with the introduction of tax free Iranian Apples. It seems the government is hellbent to crush this sector.”

Pointing out to the illicit import and dumping of Iranian apples into Indian markets arriving via Afghanistan/Dubai, Imran deplored that the situation has put the whole lot of our fruit industry in J&K in a very precarious situation as the cheap fruit entering into Indian markets is eating away the share of Apples from J&K across the domestic Indian markets.

Imran further argued that the tax free entry of Iranian apples will have a cascading effect on the Kashmir economy. “If growers do not get a good price for fruit outside the state mandis, they will stop using cold stores. Usually orchardists store some part of their produce at cold storage facilities that have cropped up across the valley in the last few years in the hope of selling fruits in off seasons to reap rich dividends. In wake of the unchecked dumping of Iranian markets into Indian markets, farmers would refrain from storing their produce and using the cold storage facilities. Such a scenario would impact hundreds of people whose livelihoods are associated with cold storage facilities,” he said.

The illegal dumping of Iranian apples in the country, Imran said is not only disastrous for small and marginal growers of Kashmir but also result in huge losses to J&Ks economy. “The situation therefore demands to regulate the illegal, and tax free arrival of Iranian apples via Afghanistan/Dubai in the country in order to save our Horticulture industry,” he said. (