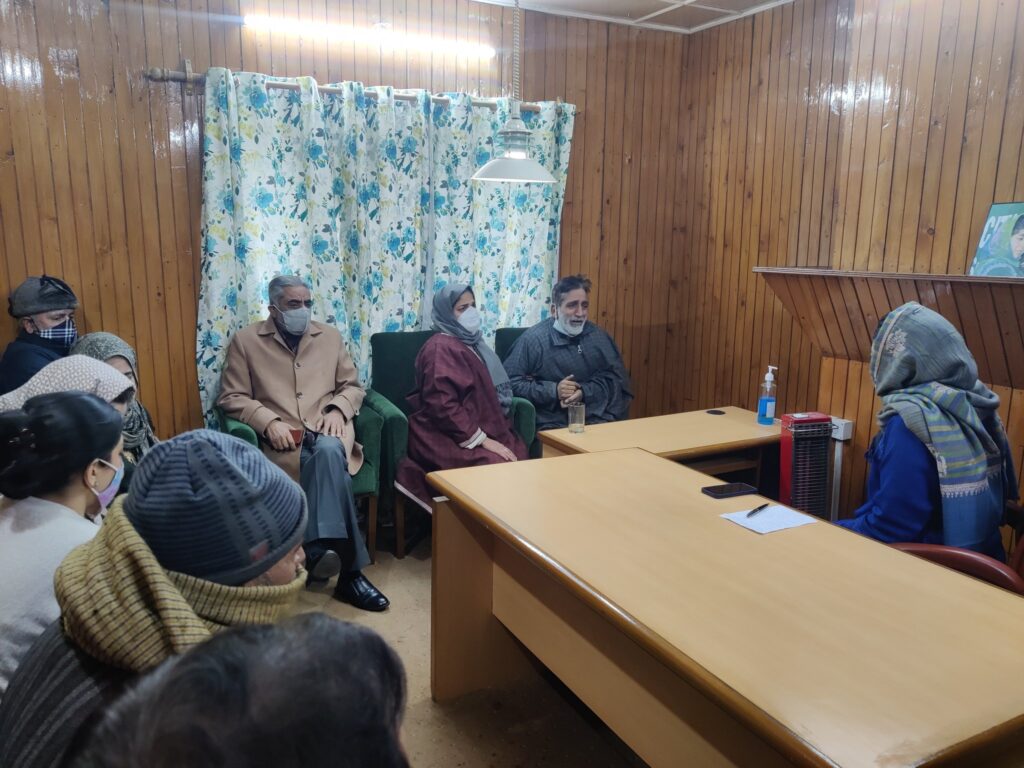 Srinagar, Jan 3: PDP president and former Chief Minister of erstwhile J&K state on Monday wrote a letter to Home Minister Amit Shah, seeking his personal interference to release the 19-year-old youth Arsalan Feroz who was arrested by NIA with the claim of him being an “operative of TRF (The Resistance Front).

Mehbooba’s letter to Amit Shah comes on day when the family including father of Arsalan met the PDP president. It also comes a day after the family staged at press enclave here, stating that he was innocent and that there was no justification in NIA claims as police had already released him.

“I am writing to you regarding the arrest of a nineteen year old student from Srinagar, Asrsalan Feroz was first detained by J&K police on 21st October 2021. After forty days he was subsequently released since nothing was found against him,” reads the letter shared by Mehbooba on her twitter handle.

Arsalan son of Feroz Ahmad Ahanger resident of Zaldagar, M. R. Gunj Srinagar, was arrested on December 30 by NIA during searches in a case relating to conspiracy hatched for radicalising, motivating and recruiting youth of Jammu & Kashmir to effect violent activities in Jammu & Kashmir and rest of India by Sajjad Gul, Salim Rehmani alias Abu Saad and Saifullah Sajid Jutt, Commanders of LeT/TRF.

“Till date there has been no FIR or case registered against this young boy in any police record. Oddly enough according to NIA, Arsalan who recently couldn’t take his twelfth grade exam owing to his detention has been accused of being a TRF operative indulging in radicalisation & motivating youth to join the ranks of militant organisations.”

Mehbooba mentions meeting with “his crestfallen family today including his father who suffered a stroke because of the dire situation his son is in.”

“It’s an utter tragedy that a young boy has been arrested despite no previous adverse police records,” she writes.

Such actions, she said, can have catastrophic consequences for him and his family.

Arsalan, she said, comes from a modest background where in they are already struggling to make ends meet.

“You can well imagine the mental anguish & suffering his arrest has brought upon them,” she said and recalled his last trip to Kashmir when Shah spoke emphatically about engaging with the youth here. “Despite our political differences, I am sure we can agree that such incidents will only alienate our young generation further & leave them with permanent scars & a sense of despondency for a long time,” she said, adding, “I request you to personally intervene in this case & ensure that justice is served.” While the letter nowhere mentions word release, Mehbooba on twitter said that she urge Home Minister to “look into this case to ensure his release at the earliest.”