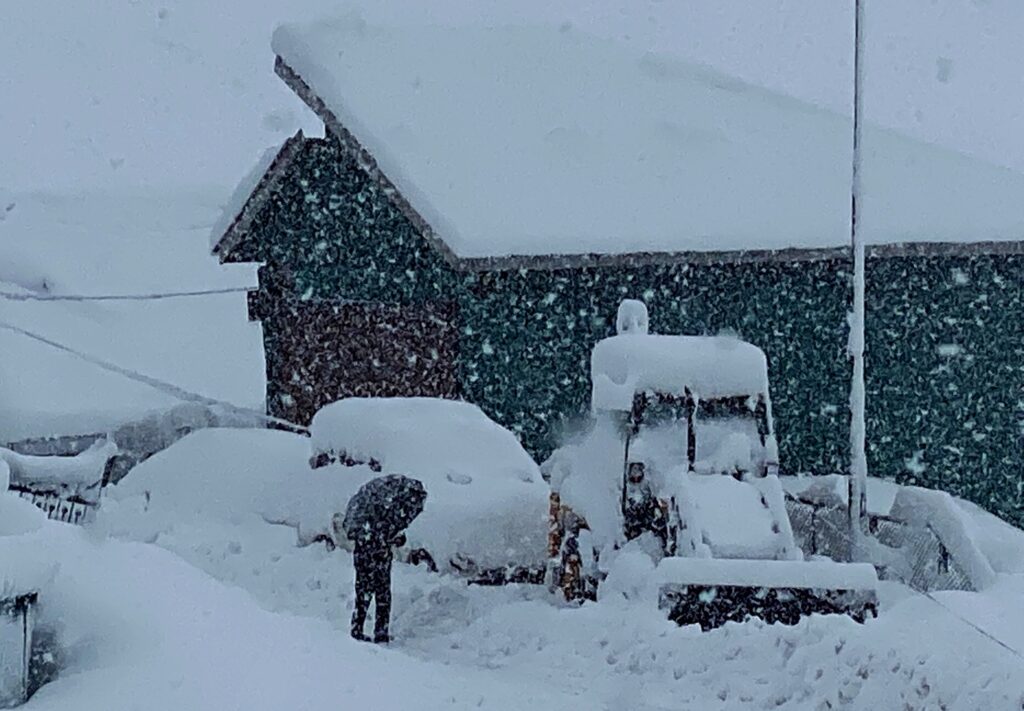 Srinagar, Jan 3: Weatherman on Monday issued an advisory for moderate to heavy snowfall in Jammu & Kashmir and Ladakh from till January 9 and warned about road and aerial traffic disruptions as well as avalanches and drop in day temperature.

“Two Successive Western Disturbances most likely to affect Jammu & Kashmir and Ladakh and adjoining areas from 3rd January (late night) to 9th January (forenoon), 2022,” reads the advisory sent by MeT department to divisional commissioners of Kashmir as well as Jammu.

Under the influence of these weather systems, the weatherman said that widespread moderate rain and snow was expected in Jammu, Kashmir and Ladakh regions. “Light rain/snow would commence at a few places of Kashmir from 3rd January evening and thereafter increase in intensity & distribution,” reads the advisory, a copy of which lies with GNS, adding, “Main activity of this system will be occurrence of moderate to heavy rain/snow, most likely during 5th and 8th January and gradual decrease thereafter.”

It said the system is likely to cause heavy rain and snow mainly in Pirpanjal Range of Jammu Division (from Bhadcrwah to Banihal), upper reaches of Kashmir (Gulmarg, Sonamarg, Baramulla and Kupwara , and Drass subdivision in Ladakh.

Regarding probable impacts, the weather advisory says that there may be disruption of surface and air transport including Jammu- Srinagar Highway, Srinagar-Leh Highway (Zojila Pass), Leh-Manali, Mughal Road, and Sadhna pass.

“(there are) chances of snow avalanches and landslides in vulnerable areas besides disruption of power supply in hilly areas.”

There may water logging in low lying areas besides further dip in day temperatures, it said.

“People in snow bound areas are to avoid venturing into sloppy areas during heavy snow,” it reads, adding, “People are also advised to maintain proper ventilation.”