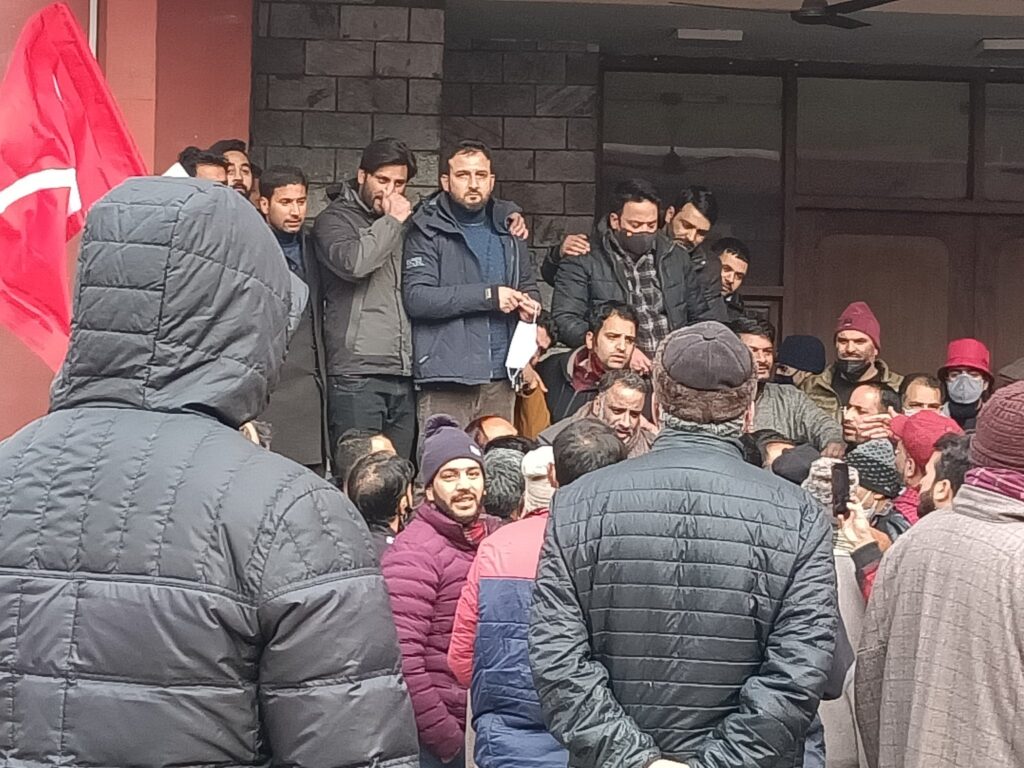 Youth wing of National Conference including its president Salman Sagar, Shameema Firdous and other workers and leaders assembled at party headquarters Nawa-e-Subah and carried a protest march against Delimitation Commission’s proposal and August 2019 decisions.

They said that similarly, PDP leaders and workers including Rouf Bhat, Arif Laigaroo and others also held a protest against the the proposal and the decisions taken by the Centre on August 05, 2019.

Meanwhile, NC senior leader, Chaudhary Mohd Ramzan while talking to reporters on the sidelines of the protest march said that authorities didn’t allow PAGD leaders to hold a peaceful protest.

“Keeping Omar Abdullah, Farooq Abdullah and Mehbooba Mufti under House arrest is improper decisions. We are against Delimitation Commission’s proposal and we condemn house arrest of PAGD leaders. In democracy everyone has freedom of right to expression,” he added.

He also said that they will never accept Delimitation Commission’s proposal as it is totally disempowering the Kashmir region.

Reports  said that PDP leaders today held a protest march, however, it was foiled by the police and two PDP leaders Arif Laigaroo and Najim u Saqib were arrested.

PAGD leaders including Farooq Abdullah, Omar Abdullah and Mehbooba Mufti were put under house arrest after ahead of the proposed protest march against delimitation commission proposal.  kns