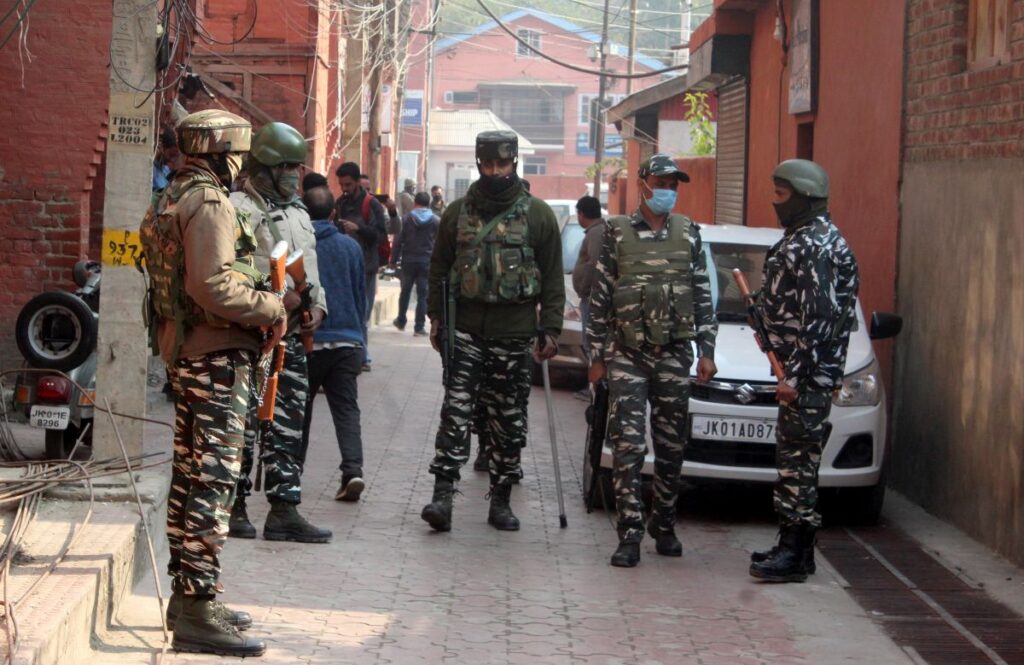 Srinagar, Dec 15: In its first major operation, the newly constituted State Intelligence Agency (SIA) carried out raids at 16 locations in different parts of Kashmir Valley as part of the investigation in the land grab by “Jamiat-us-sualihaat in Marhama area of south Kashmir’s Anantnag district.

Sources said that the officers of State Investigation Agency today conducted searches at 16 different locations in Anantnag and Pulwama districts of south Kashmir, and Bagh-e- Mehtab of Srinagar of Central Kashmir.

“The houses of the suspects / other locations were searched in compliance to the search warrant obtained from Hon’ble Court of Special Judge, Designated under NIA, Act Srinagar,” officials disclosed.

They said that search of the main premises of the seminary was also undertaken.

According to officials, 16 special teams were constituted for conducting searches simultaneously at these locations.  “The searches started at the first light of the day and were completed only in the late afternoon,” they said, adding that incriminating material such as documents, records, electronic gadgets were seized in the presence of the executive magistrates and other independent witnesses.

According to officials, police station Counter Intelligence Kashmir, Srinagar has registered the case on receipt of information through reliable sources that the suspected persons have made illegal and fraudulent entries in the revenue records for transferring Kahcharie land to Jamiat-us-Saulihat Marhama illegally and fraudulently.

The officials claimed  that  searches were conducted under the authority of warrants issued by the court of law based on prima facie allegations that under a criminal conspiracy with the officials of the revenue department ,some Jamaat-e-islami members using the direct and indirect influence managed to deviously manipulate and forge revenue records where under a patch of common community  Kahchariae land measuring 35 Kanals under Survey No.4683- Min, situated at Marhama,Tehsil Bijbehara was illegally and fraudulently transferred to “Jamaiat-us-Saulihat” in Marhama with the dishonest intention of bestowing proprietary rights to the institution in complete violation of the law on the subject which expressly prohibits transfer ownership of any community land to a private entity.

They said investigation is also looking into the allegations that funds have been raised by the said institute by different ways for furtherance of militant activities.