Pakistan to host OIC moot on Dec 19 for Afghanistan: Qureshi 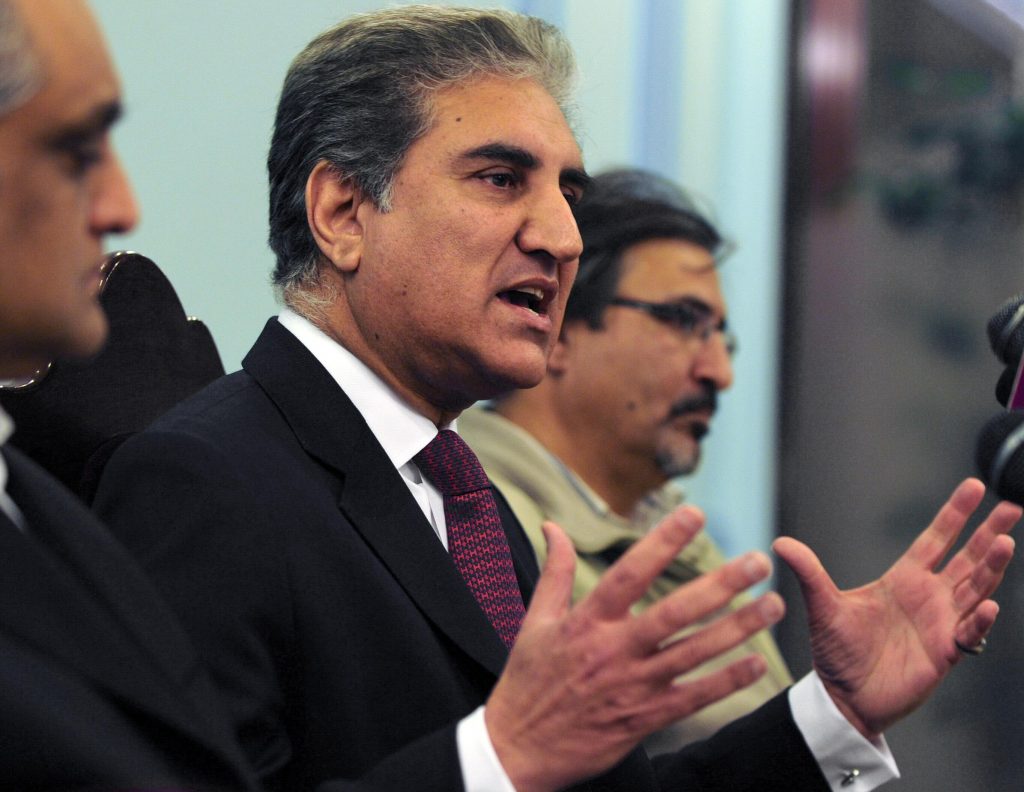 Islamabad: Foreign Minister Shah Mahmood Qureshi on Saturday said Pakistan would host a session of the Organisation of Islamic Cooperation’s (OIC) Council of Foreign Ministers on December 19 with a focus on highlighting the need for urgent assistance and mobilisation of resources to avert a humanitarian crisis and economic collapse in Afghanistan, Dawn news reported.

“If we don’t pay timely attention, half of Afghanistan’s population or 22.8 million people can face food shortage and 3.2m children may face malnutrition. This is the magnitude which we and the world should understand,” Qureshi said while talking to the media in Lahore.

Considering the gravity of the situation, he said Pakistan made an effort and moved ahead to host the international event while realising that, if not addressed timely, the situation would have dire consequences for “Afghanistan, its neighbours as well as the whole region”.

Qureshi stressed that Afghanistan could face economic collapse if its frozen assets were not released to cope with the burgeoning needs.

He also pointed out that such a session of the OIC FMs on the Afghanistan situation would be held after 41 years with the first held in 1980. The foreign minister added that besides the foreign ministers of the OIC countries, Pakistan had also invited the special representatives of P-5 countries including the US, China, Russia, France and the UK.

Invitations were also extended to the European Union’s high representative on foreign affairs and international organisations such as the World Bank and relevant UN agencies which could assist in the whole process.

Important countries such as Germany, Japan, Canada and Australia would be invited as well with the objective of “evolving an international consensus”.

FM Qureshi said that Pakistan also wanted to invite a high-level delegation of Afghanistan to interact with the visiting dignitaries and apprise them of the latest on-ground situation.

Qureshi said the idea of holding the session on Afghanistan emerged during the meeting between Prime Minister Imran Khan and Saudi Crown Prince Mohammed bin Salman in Riyadh on the sideline of the Green Summit in October.

As Afghanistan was a founding OIC member, he said it was discussed that the Ummah should make efforts to steer it out of the difficult situation. Qureshi thanked Saudi Minister of Foreign Affairs Prince Faisal bin Farhan Al Saud for taking a “keen interest” to achieve consensus on the issue.

FM Qureshi stressed that abandoning Afghanistan would be a “historic blunder and the world should learn from the past instead of repeating the same mistake”.

“If timely attention is not paid, a new crisis can emerge which would bring in instability. This instability will beget mass exodus of refugees. We are already hosting 3m Afghan refugees and it will be difficult to host anymore. The countries like Iran, Tajikistan, and other bordering countries are also similarly concerned,” he said.

The foreign minister also told the media he would meet the EU high representative and EU parliamentarians in Brussels on Dec 7 to apprise them on Afghanistan’s situation.

Qureshi said after the withdrawal of troops and the Taliban takeover in Afghanistan, India had launched a campaign to sanction Pakistan by blaming it for the Afghan situation. “However, due to its effective foreign policy, Pakistan thwarted all such Indian designs,” the Pakistan foreign minister added.

He said the international community had been convinced in the wake of Pakistan’s diplomatic outreach that engagement with Afghanistan was in everyone’s interest as delegates had started visiting the country.

The foreign minister added that in collaboration with China, a platform of six neighbouring countries was also formed to discuss the situation and explore opportunities after the revival of peace in Afghanistan.

Qureshi also highlighted that Pakistan was already assisting Afghans by dispatching medicines, 50,000 tonnes of wheat and other relief items. He added that India was also allowed to transport wheat through Pakistan but it was making continuous excuses to materialise the commitment. (Dawn)