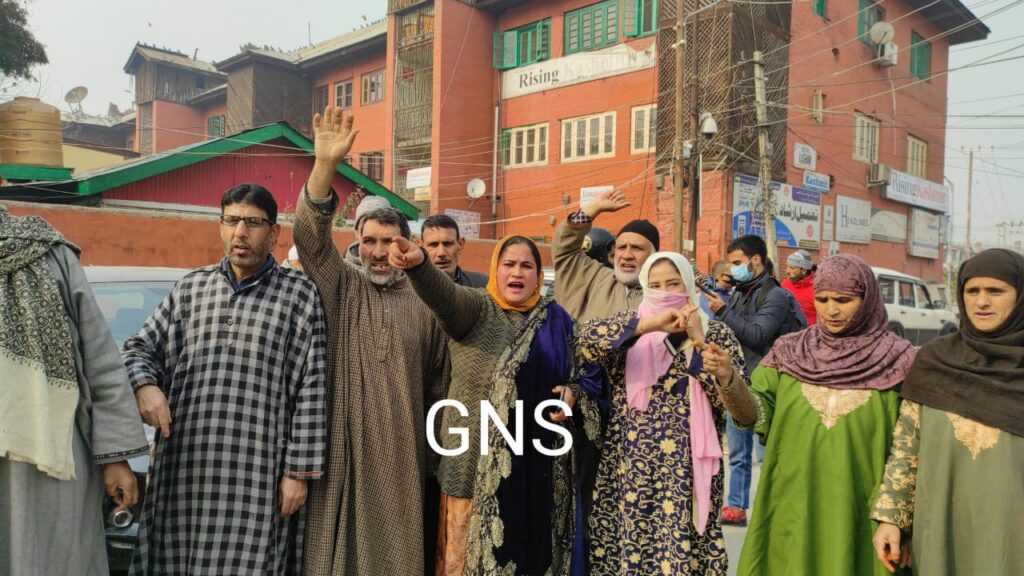 Srinagar, Nov 29: A group of locals from Woukho Kakapora in Awantipora of south Kashmir’s Pulwama district Monday staged a protest over ‘allotment’ of agricultural land for establishment of CRPF Camp in the area.

The protestors, who had assembled here at Press Enclave, expressed their resentment over the move.

“We are asking Honorable Lieutenant Governor, where will we go?” a woman protester said, adding they are unemployed and that there is no business for them even. “Just give it a thought”, she said.

“We are appealing the honorable Governor and Modi Ji, especially to the latter that the order issued in this regard be revoked and we be absolved from this trouble”, the protestor said adding once the (CRPF) camp is established, they will have to undergo many troubles.

“If governor is himself vouching for ‘Kuch Kamao Kuch Khao’ and distributes seeds for agricultural activities, why would we at all give away our land”, the protestor said.

When contacted, PRO CRPF Abhiram said that they don’t have anything to do with it. “All such decisions are taken by the state administration, wherever we are asked to station we accordingly abide by that”, he said adding they don’t simply do it on their own.

No official could be however immediately contacted for comments over the matter. gns