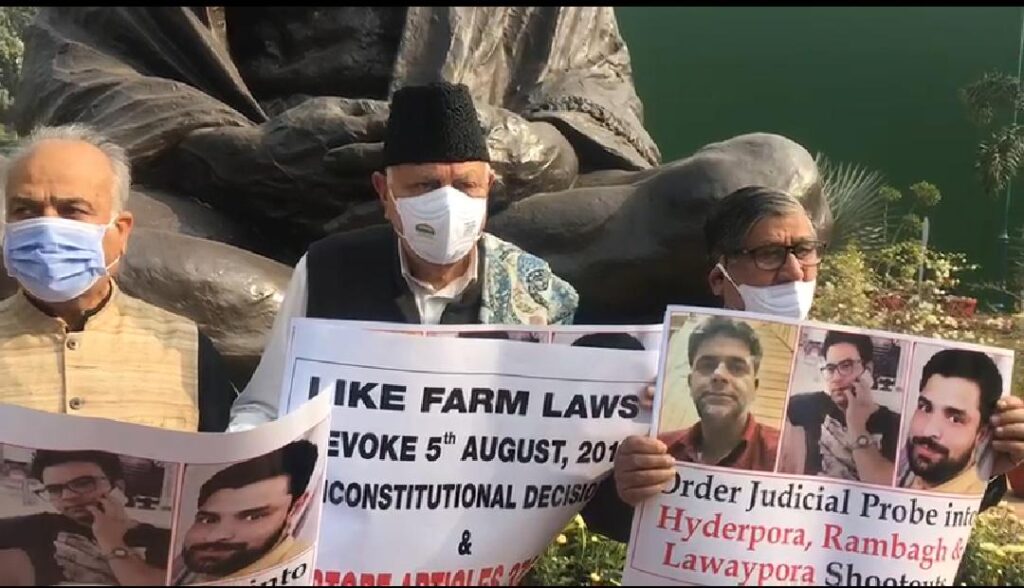 New Delhi, Nov 29: The Jammu and Kashmir National Conference Parliamentarians Monday staged a silent protest raising the issue of Hyderpora and Rambagh encounter demanding time bound judicial probe into the twin incidents and return of dead bodies to their families.

These Parliamentarians also asked BJP led Central Government to revoke 5 August unconstitutional decision with regard to reading down of special status of Jammu and Kashmir.

Reports said that NC Parliamentarians including Dr Farooq Abdullah, Hassnain Masoodi and Muhammad Akbar Lone emerged outside Parliament in New Delhi and staged a silent protest. They were carrying placards and the photographs of those killed in Hyderpora and Rambagh encounter.

Four persons were killed in Hyderpora Srinagar encounter. The families of three slain contest police claim of having any militant links while after uproar, bodies of two persons from Srinagar were handed over to families while the family from Ramban is still waiting for the body of Aamir Wagay.

Three militants according to police were killed in Rambagh encounter.