‘Flood gates have been left open for non-locals to apply for government jobs and own land’: Omar Abdullah 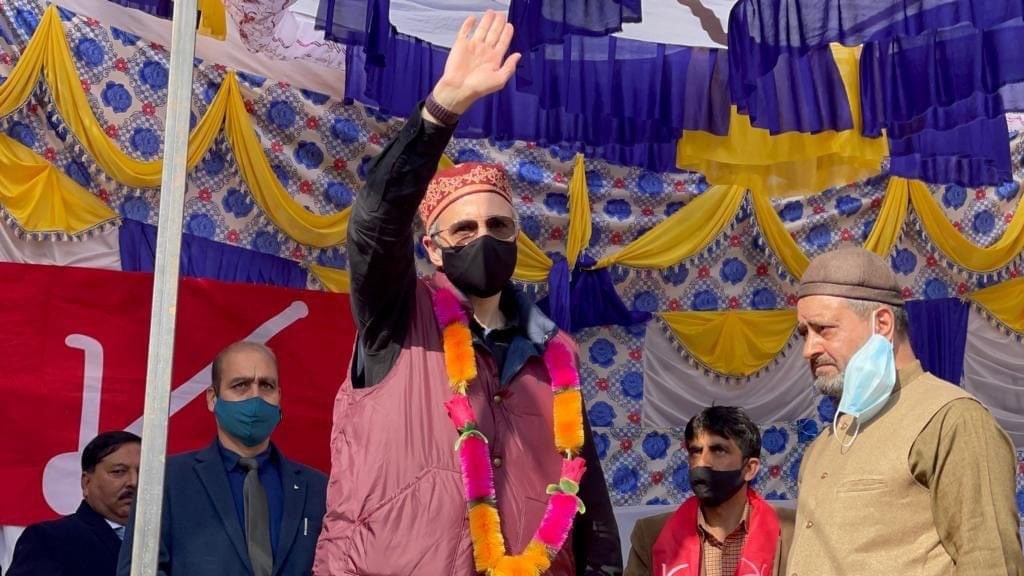 He said this while addressing a massive public gathering here at Doda Bus Stand today.

Omar, who along with Party General Secretary Ali Muhammad Sagar and his political Advisor Tanvir Sadiq is on an eight day long visit to the Chenab region was received by the party’s local unit functionaries with rousing welcome. Among others who were present on the occasion include Provincial President Jammu Ratan Lal Gupta, Khalid Najeeb Suharwardhy, Sajjad Kichloo, Aijaz Jan, Dr. Chaman Lal, Brij Mohan Sharma, Zaffarullah Rather, and Naveed Hashmi.

While addressing the gathering Omar said that Articles 370, 35-A were not a useless footnotes written in incomprehensible legalese.

“The discriminatory approach of the center towards Jammu and Kashmir smacks of some vengeance towards the people of Jammu and Kashmir. One is at its wits end to understand what the center is up to in Jammu and Kashmir. It remains a mystery for us as to why is this government disparate in its handling with the people of J&K and Ladakh? Why is Ladakh allowed to retain resident certificates? Why not such protections for the residents of Jammu, Kashmir, Doda, Kistawar Pir Panjal? Such iniquitous measures smack off some out of sight designs of helmsmen in New Delhi. Unlike Ladakh, the flood gates have been left open for non-locals to apply for government jobs and own land in Jammu and Kashmir,” he added.

Where are the jobs for youth? Where is the much touted accountability and projected investment? Weren’t the people of Jammu, Kashmir, Chenab and Pir Panjal region poised to have job extravaganza for our youth were is that? Where is the new infrastructure on ground? Where are those investment drives? We didn’t see any Tata and Birla invest in Jammu and Kashmir after the nullification of state’s status. Where is it?” Omar said adding, “The claims of the BJP government that the abrogation of Article 370 and downgrading of a State into two union territories has paved the way for new industries, created new employment opportunities, decreased terror incidents, brought atmosphere of peace and security, nurtured democracy, eradicated corruption, brought new Central laws for betterment of people in this region are far-fetched. The ground situation belies these claims.”

Situation in Doda, Kistawar, Ramban and other towns and cities of Chenab region, Omar rued is no different and the region, which had been rescinded from the development radar of the government post 2015, received a fatal blow to its developmental prospectus. “Jobs for youth, connectivity, electricity, health and education in this region have taken a back seat in the region since 2015. Post 2019 the region has completely been relegated into oblivion. Onslaught on J &K’s status has and will impact Chenab and Pir Panjal regions the most. The delegations that called on me since I’ve been here narrate how their woes were compounded after the region was stripped of its constitutional rights,” he said.

Cautioning people against the anti JK forces, Omar said the communal forces will try to drive a wedge between different communities in Chenab and Pirpanjal to weaken their united voice. “BJP and its allies however must understand that the people of Chenab and Pir Panjal won’t allow any assault on their communal harmony. It is the unity of the people of J&K that frets them.” kns