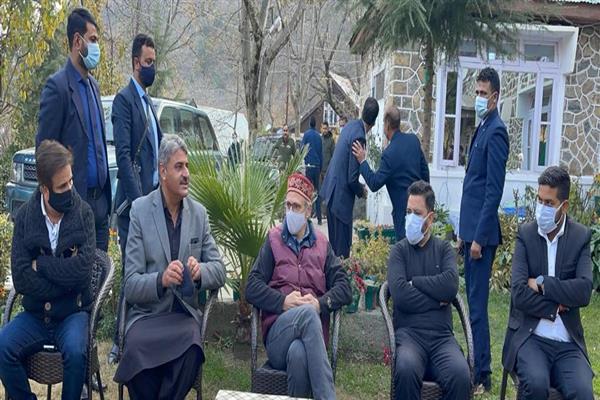 Later he presided over a meeting of working committee members of district Ramban. During the breadth of meeting party’s local unit functionaries apprised him about various political activities of the party in the district. The interaction was also marked by wide ranging discussion on the development scenario in the region and plethora of other issues concerning the people. kns