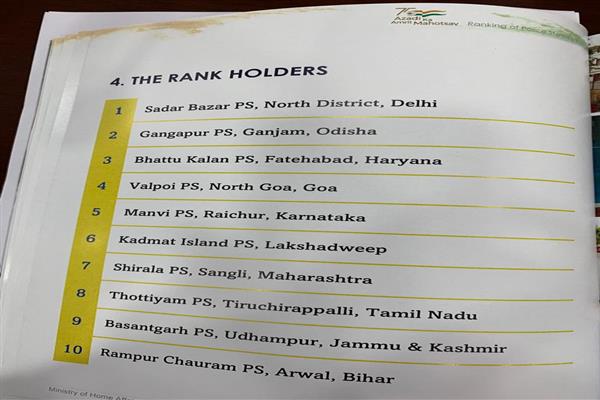 An official told Kashmir News Service (KNS) that the Ministry of Home Affairs (MHA) released ranking of top 10 Police Stations of the country, in which police Station Basantgarh of Udhampur district was one among them for the year 2021.

Meanwhile, DGP Dilbag Singh has said that it was a great achievement for the J&K Police.