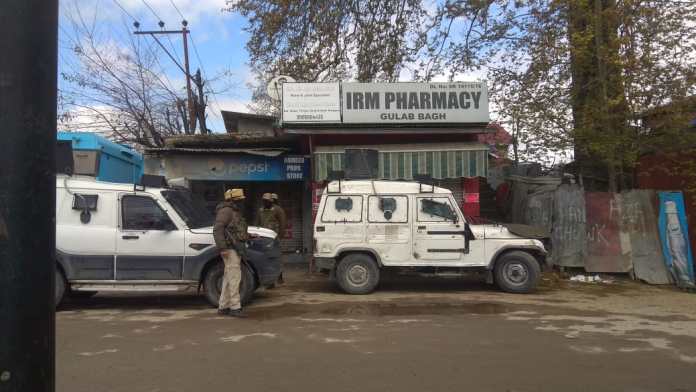 Srinagar, Nov 14: A policeman was injured on Sunday evening after militants attacked the police party at Jamalata area of summer capital, Srinagar.

Official sources said that the militants attacked a police party in the area, leaving a policeman injured.

The injured policeman has been identified as 37-year-old Mohammad Maqbool.

Meanwhile, a police spokesman said that based on specific input about the presence of militants in Jamalata area of Nawa Kadal, a raid was carried out by a small party of Srinagar Police.

“As the team approached the suspected spot, the hiding militants started indiscriminate firing upon them, resulting in injuries to one policeman, who was evacuated to a nearby hospital for the treatment of his injuries,” police said.

“Keeping in view the safety of the civilians and evening rush in the area, the police team exercised maximum restraint. However, the reinforcement of CRPF and police laid cordon on the suspected clusters of houses and search started. Besides, police have registered a case and started investigation into the matter,” police said. kno