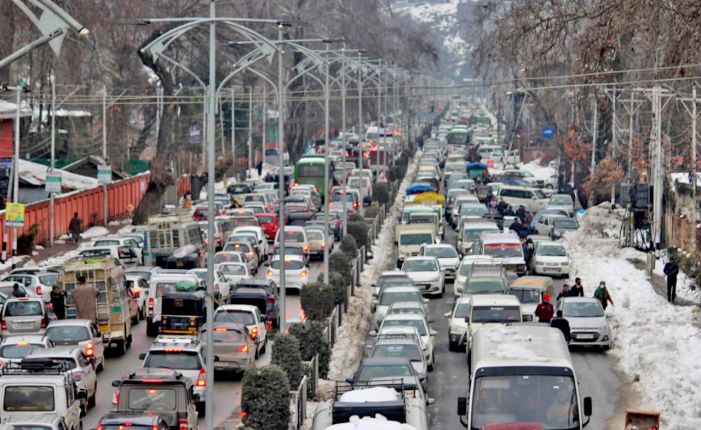 Srinagar, Nov 10: Locals and the students of various area of Srinagar, the summer capital of Jammu and Kashmir Union Territory (UT) Wednesday expressed their anger over irritating power cuts, frequent call drops and internet cuts mocking at the government’s claims of ‘naya Kashmir.”

Locals over various Srinagar areas that include Kanipora, Nowgam, Pantha Chowk, Zafran Colony, Zewan and dozens of other areas said that power is playing hide and seek in their areas and they feel irritated. “There is no adherence to the power curtailment schedule issued by the Power Development Department (PDD),” Muneer Ahmed, a resident of Nowgam.

The news agency received several calls from downtown Srinagar areas with people alleging erratic power supply in their areas and also the frequent call dropping. “This is all happening in Kashmir. Power is playing hide and seek. Jio mobile network is getting on to our nerves due to frequent call drops. We aren’t able to make calls properly. Every time a call gets connected, it suddenly gets cut,” said Imtiyaz Ahmed, a resident of Nowhatta

The frequent power cuts in the majority of Srinagar parts has also resulted in internet breakdown in the areas. “Our inverters got exhausted due to prolonged power cuts which led to collapse of our signal system,” said an employee of a private internet company. He said they now rely on kerosene for generators to provide uninterrupted internet to their subscribers.

Ghulam Mohiudin Khan, a resident of Pantha Chowk, said that LG Manoj Sinha led administration and the PDD chief engineer must look into the issue of power breakdowns in Srinagar areas. “There are many patients who rely on oxygen supply and power outages is causing huge inconvenience to them. This all is happening in November, what would be situation in Chilla-e-Kalaan—the harshest 40 day winter period starting from December 21,” he asked. kno