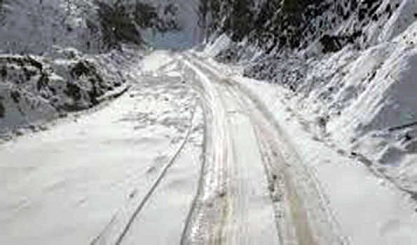 An official said that Razdan Top has received around 12 inches of fresh snowfall due to which traffic movement on the road has been closed.

He said that some parts of Gurez valley have also received season’s first snowfall.