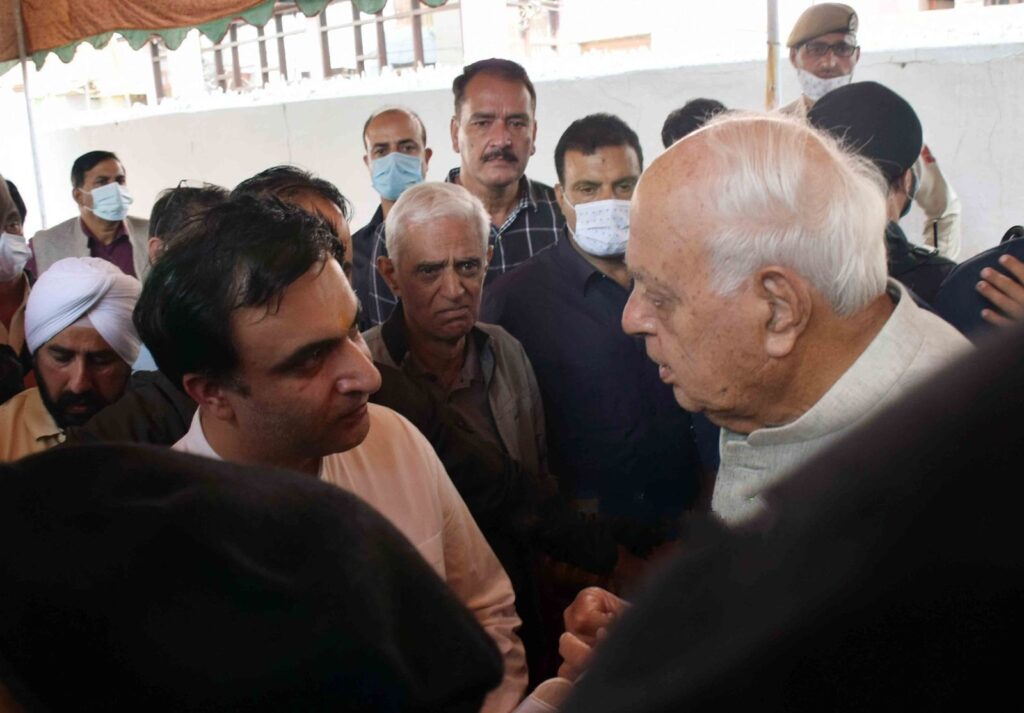 Abdullah called Bindroo an upright man “who all his life served the people of the Valley.”

“He never left the valley. And every day he used to help poor people. But beasts killed him too,” Abdullah said.

Abdullah said that he is not here to do politics but to sympathise with the family.

Notably, unknown gunmen fired at Bindroo, 68, when he was at his shop near Iqbal Park area of Srinagar, at around 7 pm on Tuesday.

Bindroo had received multiple bullet injuries and died on his way to the hospital.