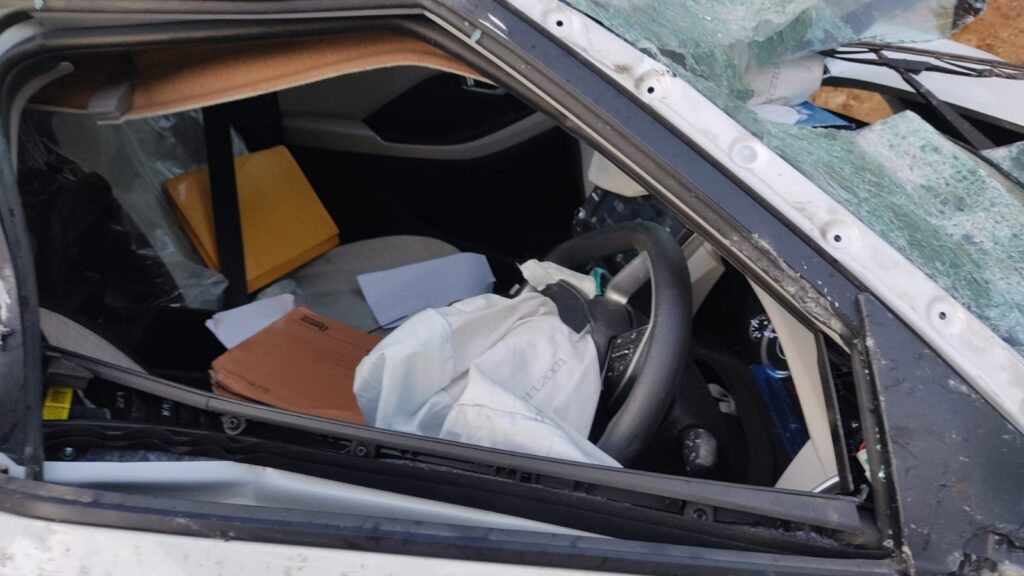 An official said that the vehicle (CRETA) bearing registration number JK01AN-5394 was on way from Wangath towards Prang turned turtle at Kachnambal and fell into deep gorge resulting on the spot death of AEE PMGSY sub division Kangan.

The official said that the deceased has been identified as Altaf Ahmad Cheka, a resident of Ahmednagar, Buchpora Soura.

He further said that the body is being brought to SDH Kangan for legal medical formalities following which it will be handed over to his family for last rites. A case under relevant sections of laws has been registered while the further investigation has been taken up. kno