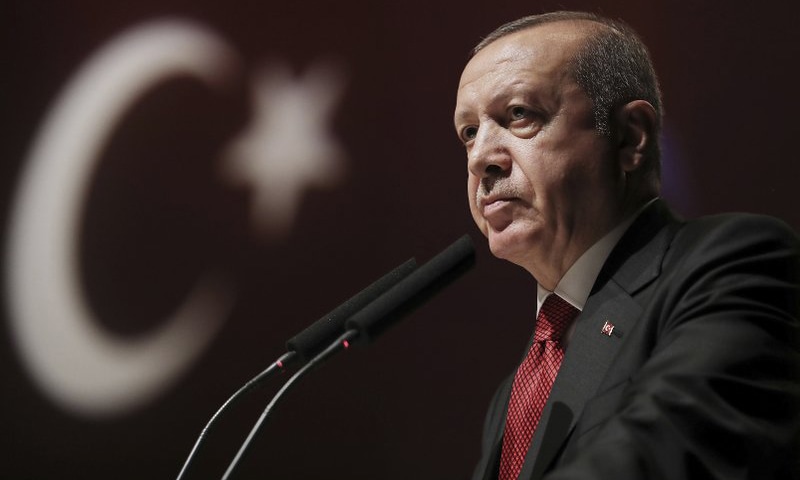 New York, Sep 22: Turkish President Recep Tayyip Erdogan on Tuesday called for a solution to the decades-old Kashmir dispute between India and Pakistan on the basis of the United Nations resolutions, Dawn newspaper reported.

Addressing the 76th session of the UN General Assembly (UNGA), he said in a wide-ranging speech to the 193-member assembly: “We maintain our stance in favour of solving the ongoing problem in Kashmir for 74 years, through dialogue between the parties and within the framework of relevant United Nations resolutions.”

President Erdogan has consistently raised the Kashmir issue at the annual sessions of the UNGA.

At the 75th session, the Turkish leader had said: “The Kashmir conflict, which is also key to the stability and peace in South Asia, is still a burning issue. Steps taken following the abolition of the special status of [occupied] Jammu and Kashmir further complicated the problem.” (Dawn)