Says govt has devised scheme through which lot of qualifying helpers will be back to department; Kashmir was never peaceful as today in past 31 years 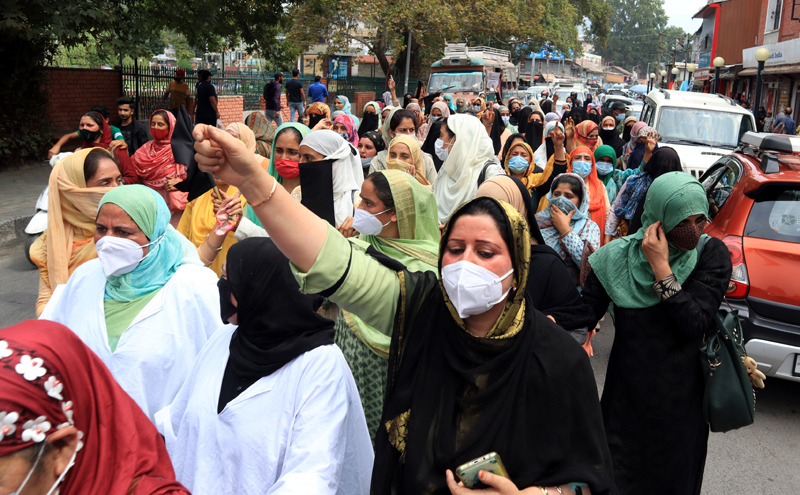 Srinagar, Sep 22: Farooq Ahmad Khan, Advisor to Jammu and Kashmir Lt. Governor, Manoj Sinha Wednesday said that all the ICDS helpers who were engaged in the department have no appointment order, however, the government tried hard to accommodate them, which could not happen.

Talking to reporters on the sidelines of a function here, Khan said that all these helpers were brought into the department through backdoor entries as none of them have any appointment order.

“We have been trying hard for the last one year to somehow accommodate them, but it did not happen as nobody has any appointment order. Now we have devised a new scheme, where we are creating several posts for these helpers and those who will be qualifying for the post, we will give them extra marks in the interview for their experience,” Khan said.

He said that through this mechanism lot of these helpers will be back to the department and urged the helpers not to choose agitation as a way as government is trying to ensure that nobody remains unemployed in Jammu and Kashmir.

He also said that there has been nothing wrong done to anybody especially after August 05, 2019 and if there wrong happening it is because of the mistakes done in the past by those who befooled the people of Jammu and Kashmir was never so peaceful as today in the past 31 years,” he said. kno