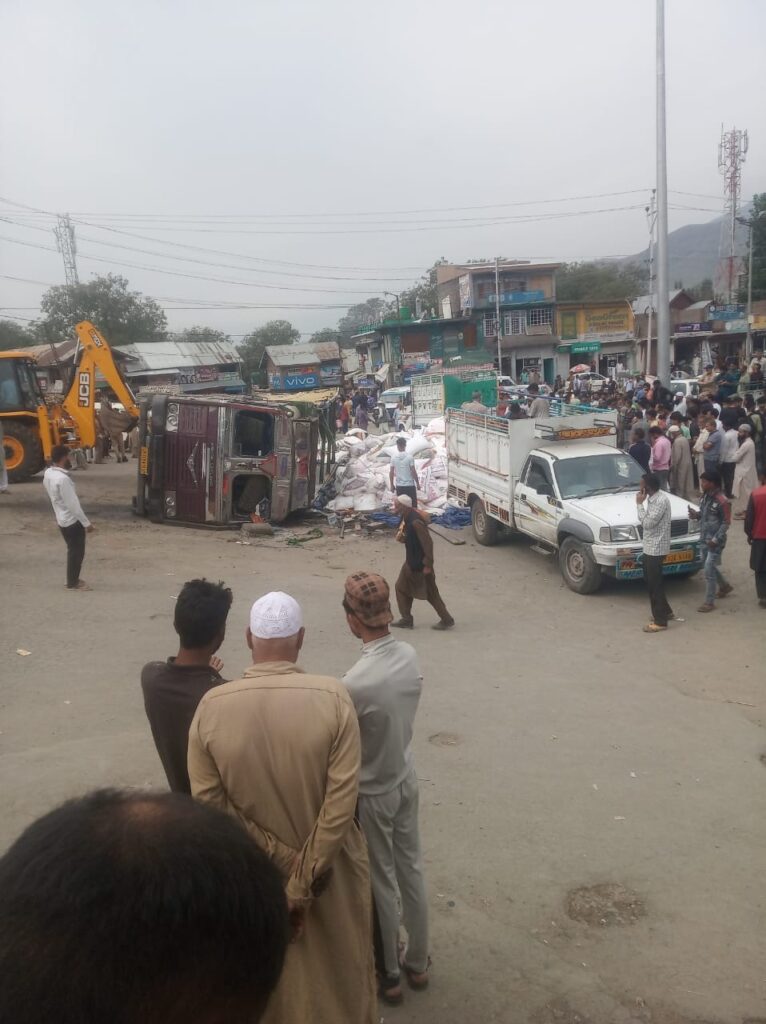 They said that a team of police headed by SHO Muneer reached the spot and swiftly brought JCB to the spot and brought out the conductor out of the btruck (JK02BW-1839). The injured identified as Murtaza Ahmad Mir (23) son of Ghulam Mustafa Mir of District Doda was removed to Sub District Hospital Tral where from he was referred to Srinagar for advanced treatment.

Confirming it a police official said that a case has been registered in this regard. gns