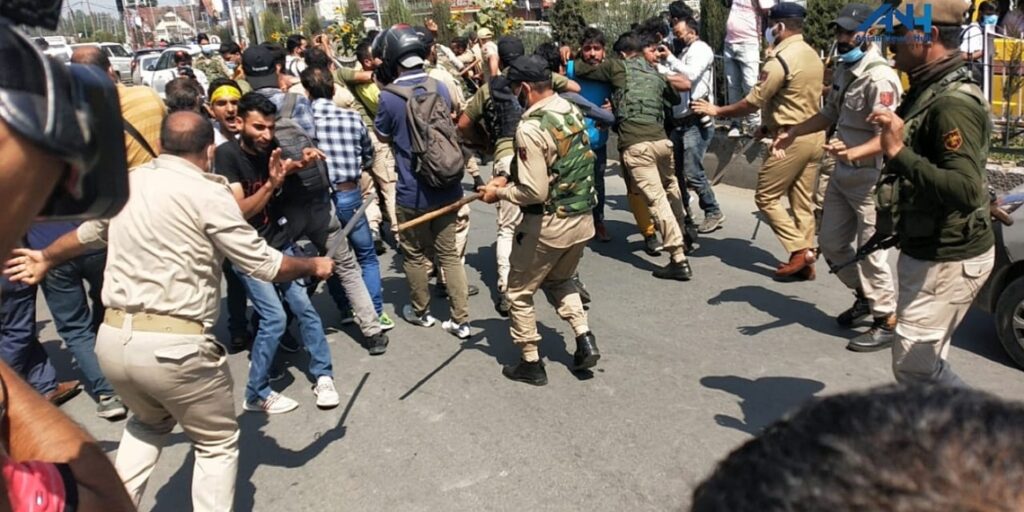 SRINAGAR: Scores of journalists were on Tuesday allegedly thrashed by the Jammu and Kashmir Police at Jehangir Chowk in Srinagar.

Waseem Andrabi, a photojournalist working with Hindustan Times, said that the media persons were covering a Muharram procession at Jahangir Chowk.

However, he said, the policemen from Shergari Police Station led by Station House Officer (SHO) Aftab Ahmad, beat them for no reason. “We were even told that FIR will be registered against us,” he said.

Andrabi said that he along with scores of media persons were thrashed while covering the Muharram procession which was foiled by the authorities.

“We were (just) performing our professional duties, which is not a crime,” he said. kno