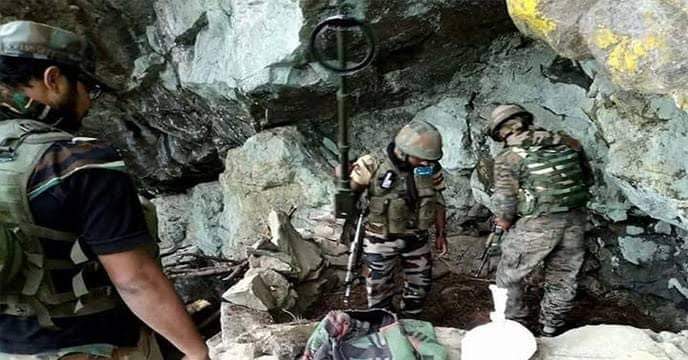 Srinagar/Jammu, Aug 11: Three Ak-47 rifles, two pistols and 18 grenades besides large quantity of ammunition were recovered in Bandipora while a grenade has been found in Rajouri district, officials said on Wednesday.

They said last night police and security forces busted a militant hideout in forest area of Tarabal in Bandipora district.

Three AK-47 rifles with 12 magazines and 358 bullets, two pistols with 212 rounds, 18 grenades and two pouches were recovered, they said.

Meanwhile a police officer said that a live grenade was found at Manyal Gali in Thanamandi area of Rajouri.

Soon, the officer said, BDS squad was rushed to the area to defuse it in situ. He said a case has been registered in this regard. gns