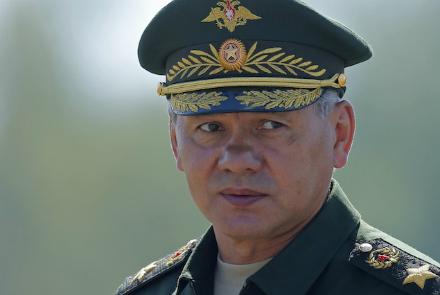 Moscow: Russian Defense Minister Sergei Shoigu on Wednesday said they have increased the combat capabilities of its military base in Tajikistan and training local soldiers, the Tolonews reported.

This comes after Moscow warned that Daesh was moving into neighbouring Afghanistan, reports said.

The security situation has rapidly deteriorated in Afghanistan amid a US troop withdrawal, Shoigu said, who was in Tajikistan on Wednesday for talks, added reports.

Quoted by Reuters, Shoigu said that Daesh fighters are moving into Afghanistan from Syria, Libya and several other countries.

“What’s more, in some parts, we can also see that these movements are quite seriously organised,” the Russian Defense Minister said.

Calling the US troop exit “hasty”, Shoigu said that Moscow is training Tajik military personnel at Russian military universities and facilities affiliated with the military base it operates in Tajikistan.

“We provide everything needed for military training,” Shoigu said as per reports. “We are paying increased attention to strengthening the combat capabilities of our base and refining plans to jointly repel possible insurgent infiltration.”

This comes as US Secretary of State Antony Blinken on Wednesday said the only path to peace in Afghanistan was through negotiations, which all parties must take seriously.

A large number of districts have fallen to the Taliban over the last two months after the start of international troops withdrawal from the country, added reports.

Describing reports of attacks on civilians as “deeply, deeply troubling”, Blinken said: “An Afghanistan that commits atrocities against its own people would become a pariah state, reports said.

“There’s only one path, and that’s at the negotiating table, to resolve the conflict peacefully,” he said.

In April, the US President Joe Biden and NATO announced that will withdraw their troops from Afghanistan by September 11.

Following the announcement, the Taliban has escalated their attacks in deferent parts of the country.  (Tolonews)