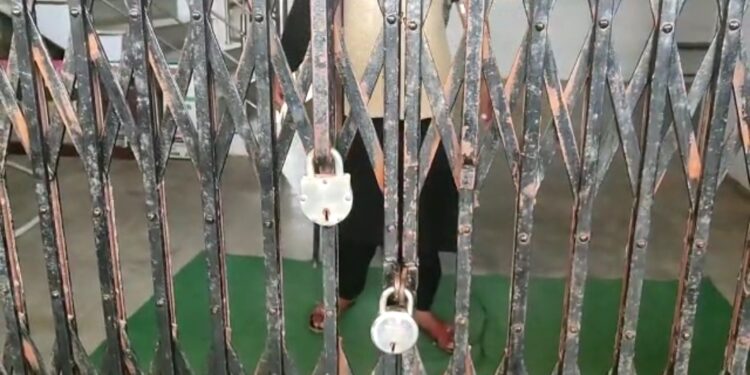 Bandipora, July 19: Suffering from acute vomiting, a pregnant woman was admitted to New Type Primary Health Centre (NTPHC) Nowgam village of Sonawari here with the hope of being cured on Monday. However what followed was nothing short of nightmare for the woman as well as her mother-in-law who was attending to her at the health facility.

Reports said that the pregnant woman (name withheld) from Nowgam went to the NTPHC at 1300 hours and was put on drip. At around 1500 hours, the staff left and locked the health care facility with woman still on drip.

On coming to know to that they have been locked, the woman and her mother-in-law raised an alarm and called family via phone. Later family members and some locals gathered outside the facility and staged a protest demonstration, demanding action against the erring staff.

BMO Hajin Dr Aijaz Ahmad said that he was ascertaining the facts and assured that action would be taken against those found guilty.

A senior medical officer of the district said that a report has been sought from the concerned as regards the incident and stern action would be taken whosoever was found involved in the dereliction of the duty.

“It should not have happened at first place. Nevertheless there are reports about such incident, action as warranted under law would be taken,” the officer added. gns