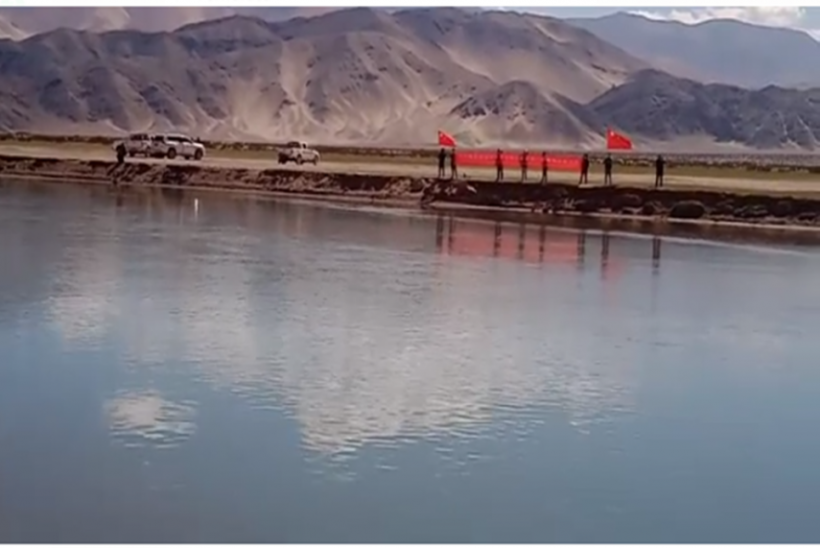 Srinagar: Chinese soldiers and some civilians appeared on the other side of the Sindu river in the Demchuk region of Ladakh and displayed banners and Chinese flag in protest when Indian villagers were celebrating the birthday of the Dalai Lama. The incident occurred on July 6, the Outlook reported.

The Chinese, comprising Army personnel and civilians, came in five vehicles and raised banners near the village community centre where the Dalai Lama’s birthday was being celebrated, reports said.

In a tweet on Tuesday morning, PM Modi said, “Spoke on phone to His Holiness the @DalaiLama to convey greetings on his 86th birthday. We wish him a long and healthy life.”

PM Modi’s tweet shows a significant shift in India’s Tibet policy vi’s-a-vi’s China and a strong message to Beijing. The Indian government had not wished China on the 100th anniversary of the Chinese Communist Party.

“India and China have been in a military stand-off since April-May last year and are yet to find solutions to de-escalate tensions at the friction points, including the Hot Springs-Gogra heights.”

The Indian and Chinese sides, reports said, have held multiple rounds of talks at both military and diplomatic levels but without much yield except for the limited mutual withdrawal of soldiers by both sides on both northern and southern banks of the Pangong Tso. (Outlook)