‘Outcome pre-planned’: PDP decides to stay away from delimitation process 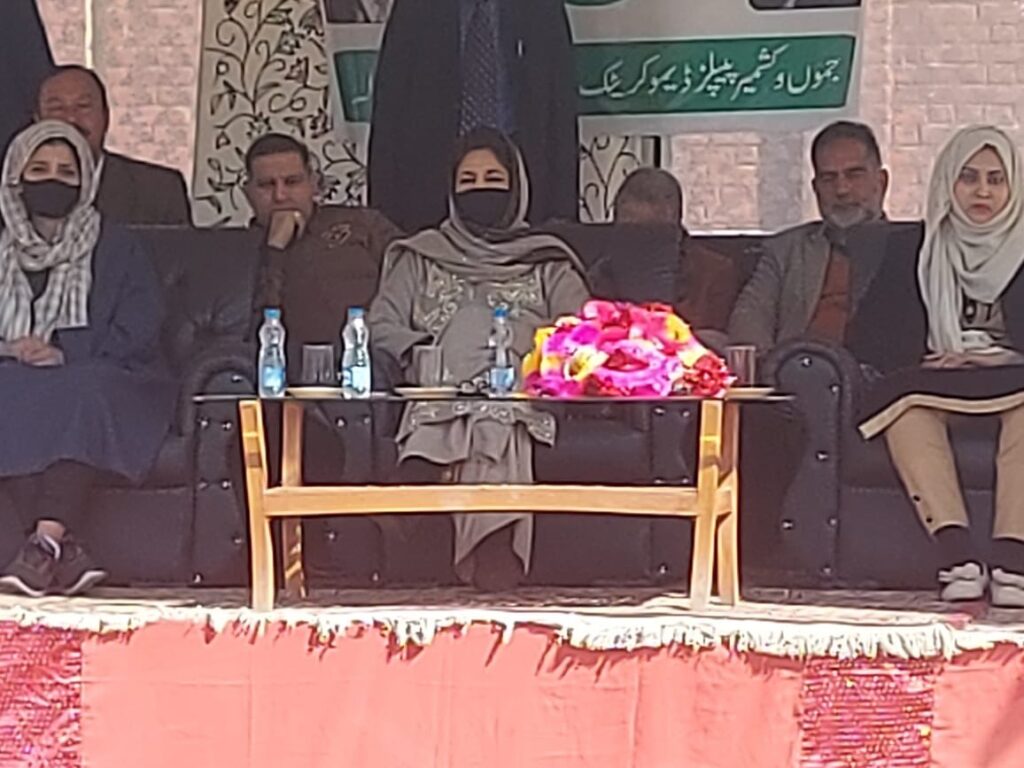 “Our party has decided to stay away from this process and not be a part of some exercise, the outcome which is widely believed to be pre-planned and which may further hurt the interests of our people,” reads a letter sent by PDP general secretary Ghulam Nabi Lone Hanjura to the commission.

The letter states, “5th of August 2019, the constitutional and democratic values of our country were trampled upon with the people of Jammu and Kashmir being robbed of their legitimate constitutional & democratic rights by means of abrogation of Article 370 and 35 (A) of the Indian constitution, illegally and unconstitutionally. The day also saw the people of J&K being humiliated and demeaned by downgrading & bifurcation of an almost 200-year-old state, an act, with no precedence in Independent India.”

“The Reorganization Act being a product of the same process, we are of the considered opinion that the Delimitation Commission lacks constitutional and legal mandate in the first place and its very existence and objectives have left every ordinary resident of J&K with many questions. There are apprehensions that the delimitation exercise is part of the overall process of political disempowerment of the people of J&K that the Government of India has embarked on. At the very core of these apprehensions is the process through which the commission has been constituted and the fact that while the delimitation process across the country has been put on hold till 2026, J&K has been made an exception. There are apprehensions that the process is aimed at realizing the political vision of a particular political party in J&K wherein, like other things, the views and wishes of the people of J&K would be considered the least. It is a widespread belief that contours & outcome of the exercise hare pre-planned and the excercise per say is mere formality. The very intent is under question,” reads the letter.

Hanjura further wrote, “Taking this opportunity, we would like to put on record that despite the utter humiliation of the people of J&K, undermining of our constitutional and democratic rights, vilification and incarceration of political leadership and ordinary citizens, when the Honorable Prime Minister convened an all-party meeting in New Delhi on 24th of June, we didn’t let our hurt come in way of what could have been an initiation of a reconciliation process aimed at restoring the rights of people of J&K. Hence, we participated in the meeting. In the meeting, we emphasized on the need to reach out to the people of J&K and suggested specific confidence-building measures that could lead to breaking the ice in the process of addressing the massive trust deficit between New Delhi and J&K.”

“We are disappointed to see that after the all-party meeting nothing has moved and no effort has been made to bring ease into the lives of people, giving credence to those, who had in the first instance, called the meeting a mere photo opportunity.”

In conclusion, PDP General Secretary wrote, “Leave aside acting on the suggested confidence-building measures, the Government of India has continued with its daily dictates to the people of J&K including the recent amendments and orders including those making every person a suspect (Govt employees antecedents verification order) and deepening the divide between two regions of J&K (the order related to Darbar move). In view of the above-mentioned facts and issues, our party has decided to stay away from this process and not be part of some exercise, the outcome which is widely believed to be pre-planned & which may further hurt the interests of our people.”