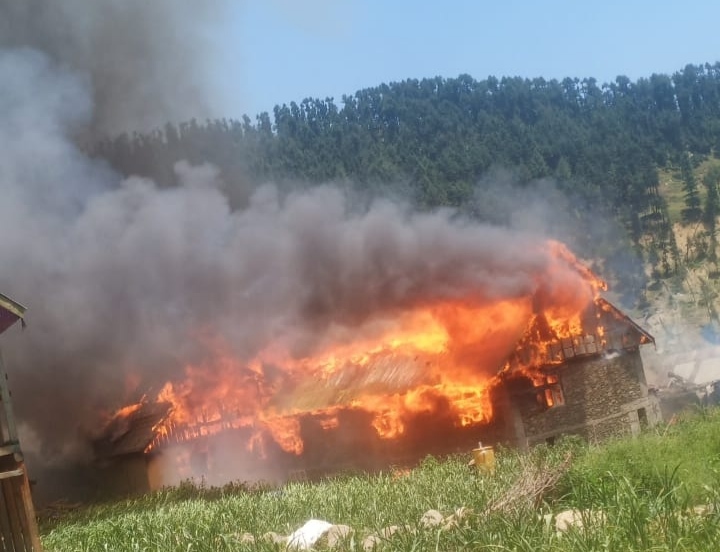 Srinagar, Jun 29: In an unprecedented move, an Indian Air Force (IAF) helicopter has been pressed into service in Dal Lake to facilitate the ongoing firefighting operation launched to put off the massive blaze going on in Hijwah village in Banihal of Ramban district.

Officials in the know how of the development that the move was ‘necessitated’ as the fire has already spread to a wider area. “Several structures have already got damaged in the massive inferno”, they said adding that the authorities are facing huge difficulties to bring the enraging flames under control.

“The helicopter has been deployed near Char Chinari, with ‘Bambi bucket’ attached to it to facilitate the ongoing firefighting operation” they said.

As reported, the officials had earlier in the day said that at least eight houses were gutted while over 35 others were engulfed after a massive fire raged in hilly area in Hijwah village of Mahu Mangit area under the jurisdiction of police post Khari. gns