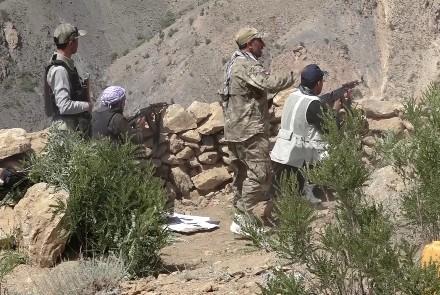 Kabul: About 5,000 Afghan families have fled their homes in the northern city of Kunduz after days of fighting between Taliban fighters and government forces, officials said on Saturday, as the deadline looms for US-led troops to withdraw, the Aljazeera reported.

Heavy fighting has also been reported in the provinces of Kandahar and Baghlan, where the Afghan forces claimed to have retaken areas from Taliban control but the armed group still held on to parts of Pul-e-Khumri area in central Baghlan, according to local media, reports said.

The Taliban has taken control of dozens of districts since US-led NATO foreign forces started their final withdrawal in May.

The Afghan group, which has been waging an armed rebellion since it was toppled from power in a 2001 US-led invasion, continues to surround Kunduz city, reports added.

The Taliban, reports said, briefly seized the city twice in recent years but has now captured the surrounding districts and a nearby border crossing with Tajikistan.

Ghulam Sakhi Rasouli, director of the Kunduz Refugees and Repatriation Department, was quoted saying that about 5,000 families had been displaced by the fighting, up to 2,000 of which had fled to Kabul and other provinces.

Rahmatullah Hamnawa, a journalist based in Kunduz, told Al Jazeera he was forced to move his family from one area of the city to another amid the conflict.

“We hear gunfire and fighting all night,” he said, adding that it has been at least a week since the fighting flared in parts of the city and the nearby areas.

“People fleeing Kunduz have been forced to take a circuitous route through Samangan province to Mazar-e-Sharif, about 110km (68 miles) away to the southwest. The shorter road is unsafe and dotted with checkpoints and mines,” Hamnawa was quoted saying.

“But even the Samangan province, which used to be one of the safest in the country, is no longer free from violence. Hence a three-hour journey via Samangan can take up to seven now, if not more.”

Many people took refuge in a school in the city and had been provided with food and other relief items, Kunduz provincial council member Ghulam Rabbani said. (Aljazeera)