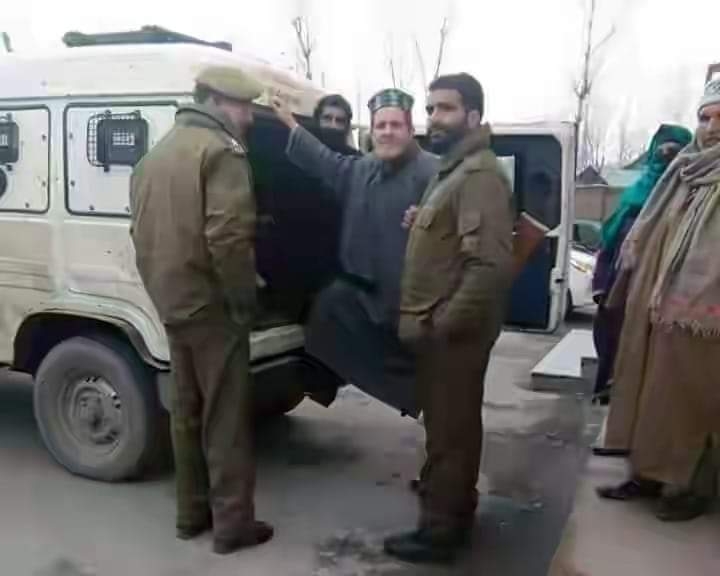 Srinagar, Jun 5: Religious preacher and cleric Sarjan Barkati has been released Saturday, some twenty days after he was detained by police in Zainapora in Shopian.

Official sources said that Barkati was released from custody this afternoon.

Barkati, as per sources, was detained for leading a protest demonstration in the backdrop of Palestine-Israel imbroglio last month.

Confirming the development, a family member of the preacher replied in affirmative about the elderly having reached his home.

It is pertinent to mention here that Barkati was released after four years of detention in October 2020 after he was arrested during the civilian uprising in the aftermath of the killing of Hizb commander Burhan Wani in 2016. gns