After 10 years Kuwait agrees to lift bar on visas for Pakistan, several other countries 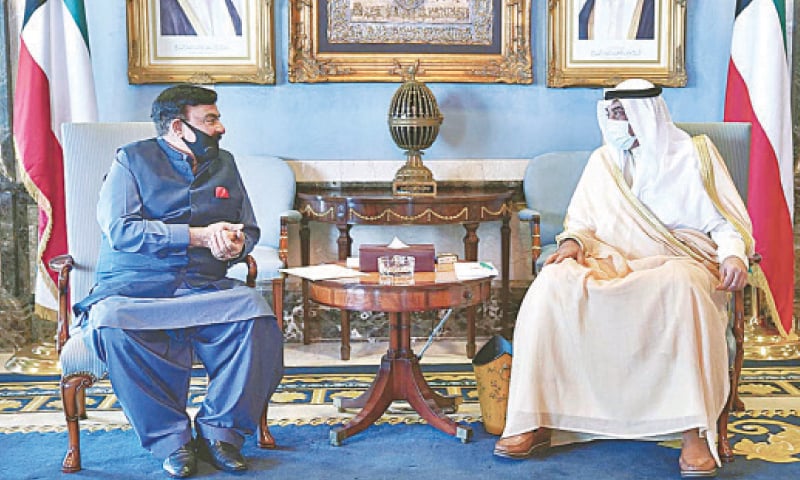 Kuwait: After a decade-long suspension, Kuwait on Sunday decided to resume granting visas to Pakistani families and businessmen, the Dawn reported.

“During the meeting it was also decided that Kuwait would issue technical visas for Pakistani workers in medical and oil fields.”

The interior minister, who is on an official visit to Kuwait, handed over a special letter of Prime Minister Imran Khan to his Kuwaiti counterpart, added reports.

Following the meeting, the ministry of interior issued a press release which said that Kuwait had decided immediate restoration of family and business visas for Pakistanis, reports said.

It said that Pakistani workers would also get Kuwait’s visas according to the agreement.

Kuwait had stopped issuing visas to citizens of Pakistan, Iran, Syria and Afghanistan in 2011, while citing difficult security conditions in these countries. Since then Pakistan made several attempts to get restoration of visas for Pakistani citizens but to no avail. Former prime minister Nawaz Sharif during his visit to Kuwait in 2017 had also pleaded Pakistan’s case and requested for restoration of visas for Pakistani citizens, added reports.

“The press release said that now Pakistani nationals settled in Gulf countries could also get online visas to visit Kuwait”.

The press release quoted the Kuwaiti prime minister as saying that relation between the two countries spanned over seven decades and people of the countries had been enjoying relations based on love and trust, said media reports.

He said that all Pakistani considered Kuwait as their second home, adding that with lifting of ban on business visa, trade would also increase between the two countries. (Dawn)