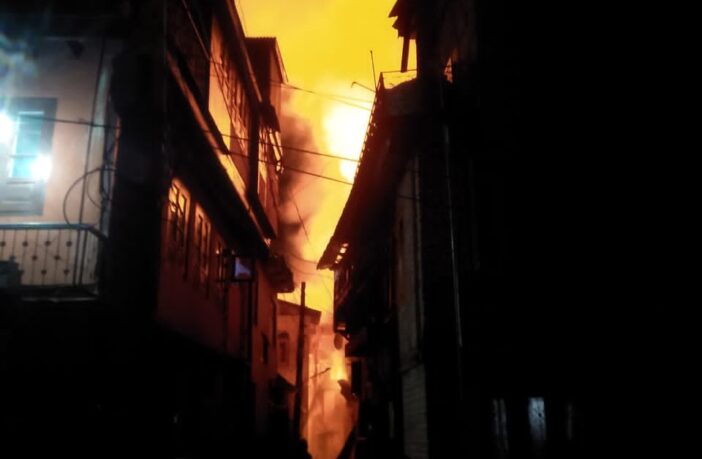 Bijbehara, May 25: Two persons including a fireman were injured on Tuesday after a fire broke out in a cowshed at Zirpora area of Bijbehara in South Kashmir’s Anantnag district.

An official said that the fire broke out in a cowshed at Zirpora, Bijbehara resulting in injuries to a fireman (F&ES) and a civilian.

“Both have been shifted to GMC Anantnag hospital for treatment,” the official said and identified them as Mushtaq Ahmad a fireman and Sajad Ahmad Allie, son of Nazir Ahmad Allie of Zirpora.

The fire has been doused and the cowshed has got damaged in the incident.