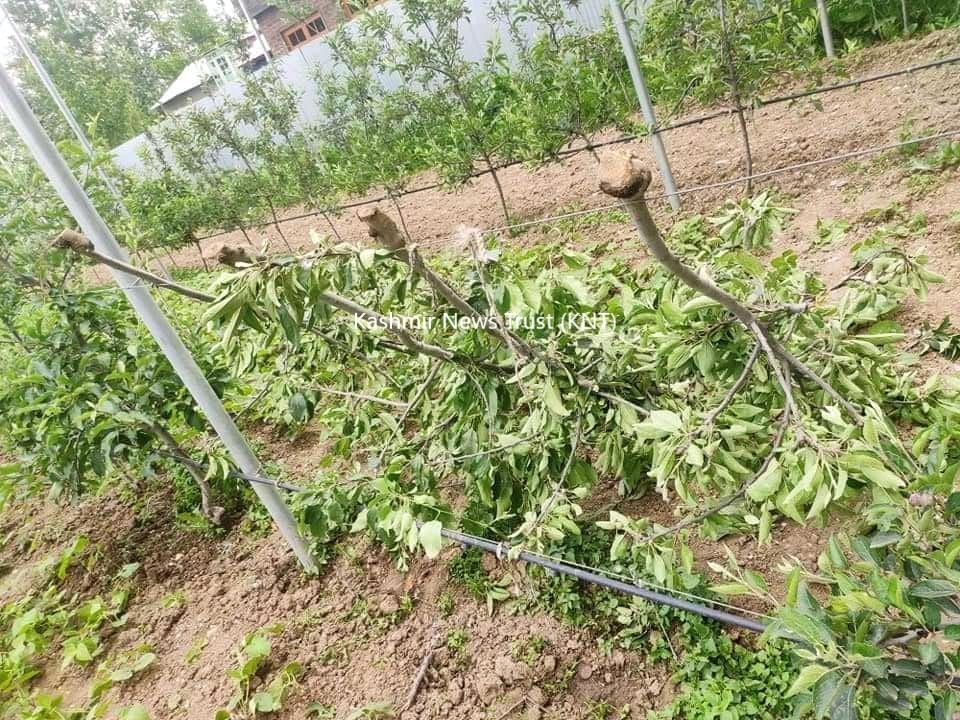 The incident occurred during the intervening night of May 19 and 20.

A local said that this might be the handiwork of some miscreants. He said personal rivalry can’t be ruled out behind this incident.

Local sources added that one of the victims, Reyaz Ahmad Bhat was previously polling agent of Ashiq Hussain of Karimabad during DDC elections.

Interestingly, the DDC candidate Ashiq Hussian had also become a prey in December last year, when unknown persons had chopped down his three dozen newly planted apple saplings in the same Karimabad village.

Ashiq Bhat had contested third phase of DDC elections from Pulwama ‘B’ Constituency as independent candidate.

Efforts to contact police officer in this regard didn’t materialize. knt