Crackdown on Illegal Mining in Bandipora: 4 Persons Arrested As Many Tippers Seized 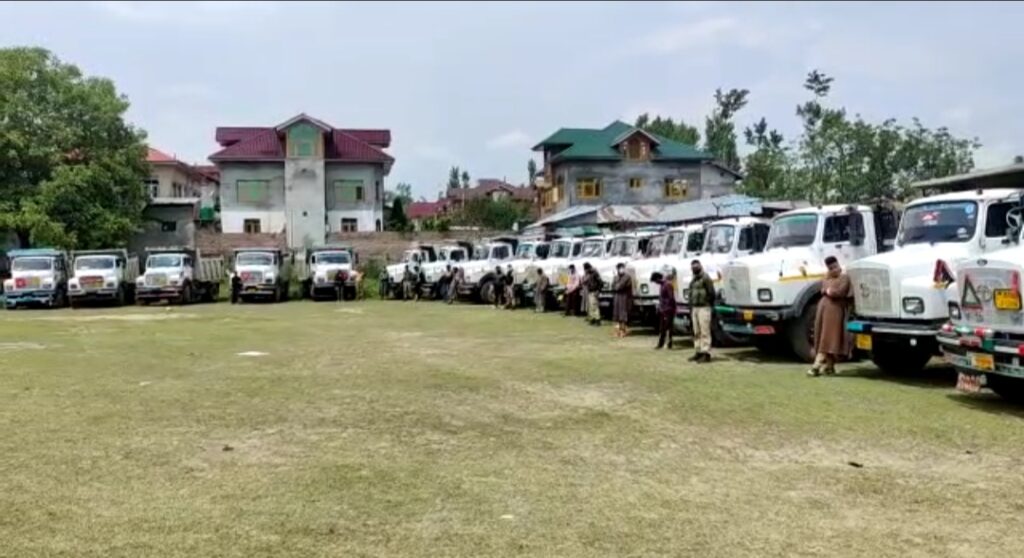 Bandipora, May 18: Continuing with its efforts to rein into the persons involved in illegal mining, Police in collaboration with civil administration arrested four persons and registered as many cases here in the district.

The concentrated efforts are being undertaken under the supervision of Deputy Commissioner Bandipora Dr Owais Ahmad and SSP Mohammad Zahid, an official said.

On receipt of a specific information that some persons are illegally extracting minerals at Lankreshipora Nallah, a police team led by Station House Officer police station Bandipora and Deputy Superintendent Headquarters along with teams of Mining and Geology Department raided the site and arrested four tippers and four persons found involved in the illegal activity, the official said.

Accordingly an FIR No. 74/2021 under IPC and MMRD Act was registered against the violators and further investigations started, the official added.

Meanwhile, the authorities have urged the public not to indulge in illegal extraction of sand and other minerals from any Nalla/stream, contrary to which strict action will be taken.