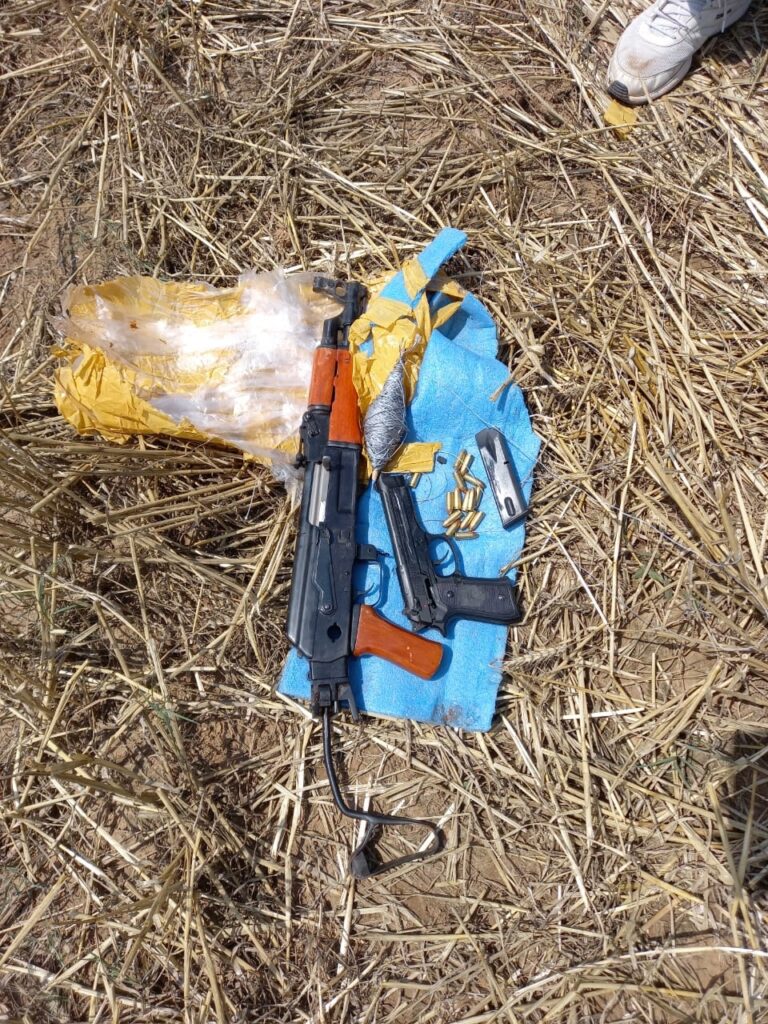 Srinagar, May 14: Border Security Forces (BSF) said to have recovered arms and ammunition dropped by a drone on Friday morning in Samba sector in Jammu division.

A BSF spokesperson said that alert troops today morning recovered arms and ammunition dropped by a drone from across the borders.

The consignment which the spokesperson said was wrapped in a polyethylene packet included one each of AK-47, Pistol 9 MM, Pistol Magazine, 15 Pistol rounds and a wooden frame used to support drone payload. gns