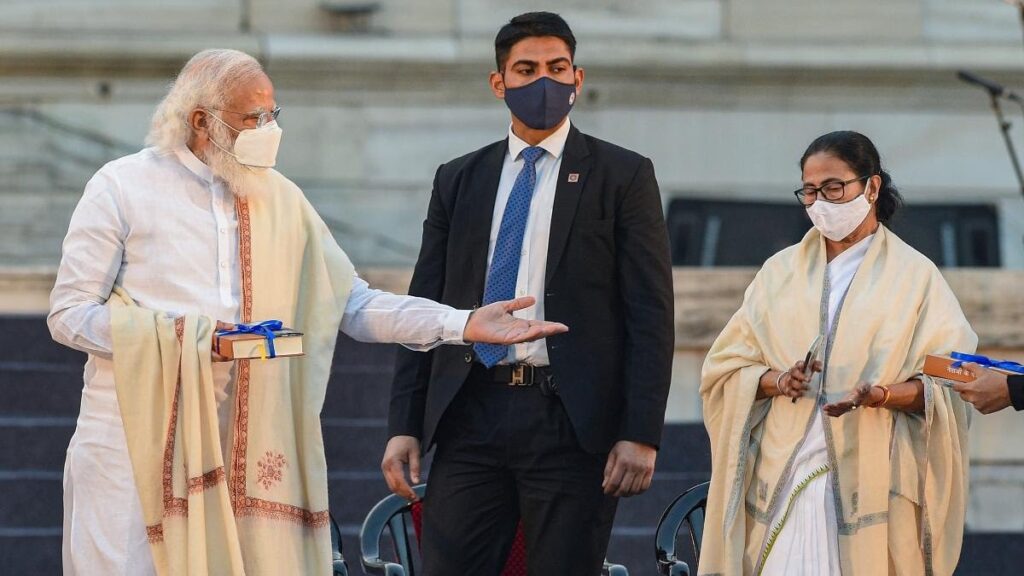 In a tweet on Sunday, PM Modi wrote, “The Centre will continue to extend all possible support to the West Bengal Government to fulfil people’s aspirations and also to overcome the Covid-19 pandemic.”

In another tweet, the Prime Minister said, “I would like to thank my sisters and brothers of West Bengal who have blessed our party. From a negligible presence earlier, BJP’s presence has significantly increased. BJP will keep serving the people. I applaud each and every Karyakarta for their spirited effort in the polls.”

Modi also congratulated MK Stalin of the DMK and Pinarayi Vijayan of the CPI(M) for their electoral victories in the states of Tamil Nadu and Kerala, respectively.

“Gratitude to the people of Kerala who supported our Party in these elections. I appreciate the efforts of our industrious Party Karyakartas, who will continue serving the people of the state and strengthen the party at the grassroots level,” said the Prime Minister in a tweet.