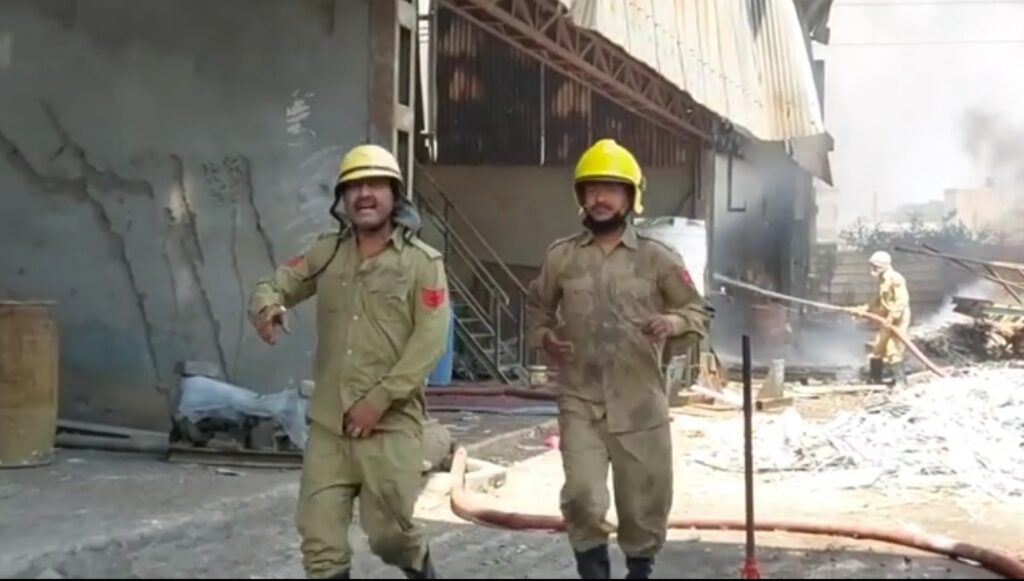 Jammu, April 28 : In a tragic incident, two persons including a contractor died, while another one sustained critical injuries when a mysterious blast shook a chemical factory in Kathua area of Jammu region on Wednesday.

Talking to reporters, SSP Kathua Romesh Kotwal said that a chemical factor where zin and copper items are made witnessed a blast. “It is not clear whether the blast was deliberate or due to negligence,” he said adding that two charred bodies have been found of them is a local contractor Shakeel Ahmed and another one is a labourer, whose identity is being ascertained. “The third one who is also believed to be a labourer has been shifted to GMC Kathua,” he said.

He said police are investigating the nature of the blast. “We are also searching the place to find whether anyone else is caught inside the factory. Fire tenders have arrived the spot and are dousing the flames,” the SSP said and termed the incident as unfortunate. kno