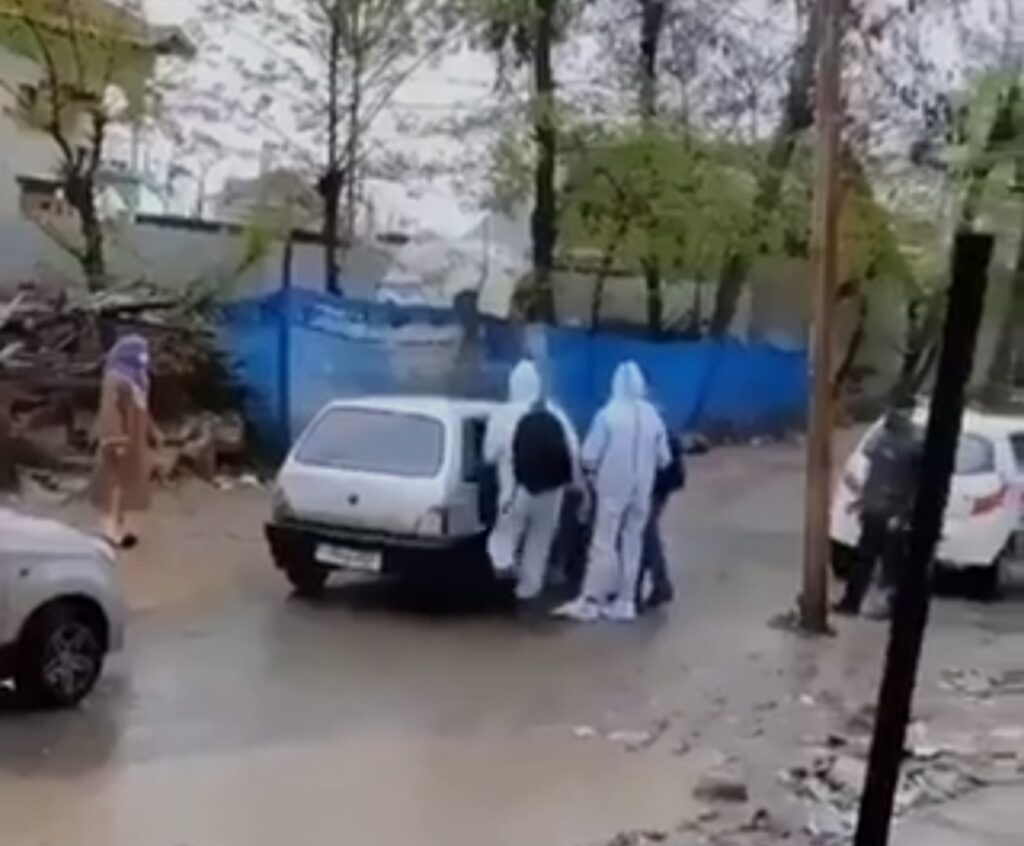 Srinagar, Apr 23: Police have recovered the guard’s snatched rifle besides the maruti cab used by unidentified gunmen to decamp with cash from the site after breaking into a J&K Bank branch, in Sherabad Khore in Pattan on Friday morning.

An official told a local news agency that the abandoned vehicle was found at Wusan village in Kunzar area of Baramulla district this morning.

On searches the snatched 12-Bore rifle snatched from the bank guard was also found near the site, the official said.

In the meantime searches have been intensified in an around the area to nab the culprits, the official said.

It is pertinent to mention here that at least three unidentified gunmen donning PPE kits had on Thursday struck into a bank and fled with an cash amount of rupees two lac eighty six-thousand one hundred and thirty (2,86,130 INR) besides a 12-Bore rifle from a guard on duty. gns