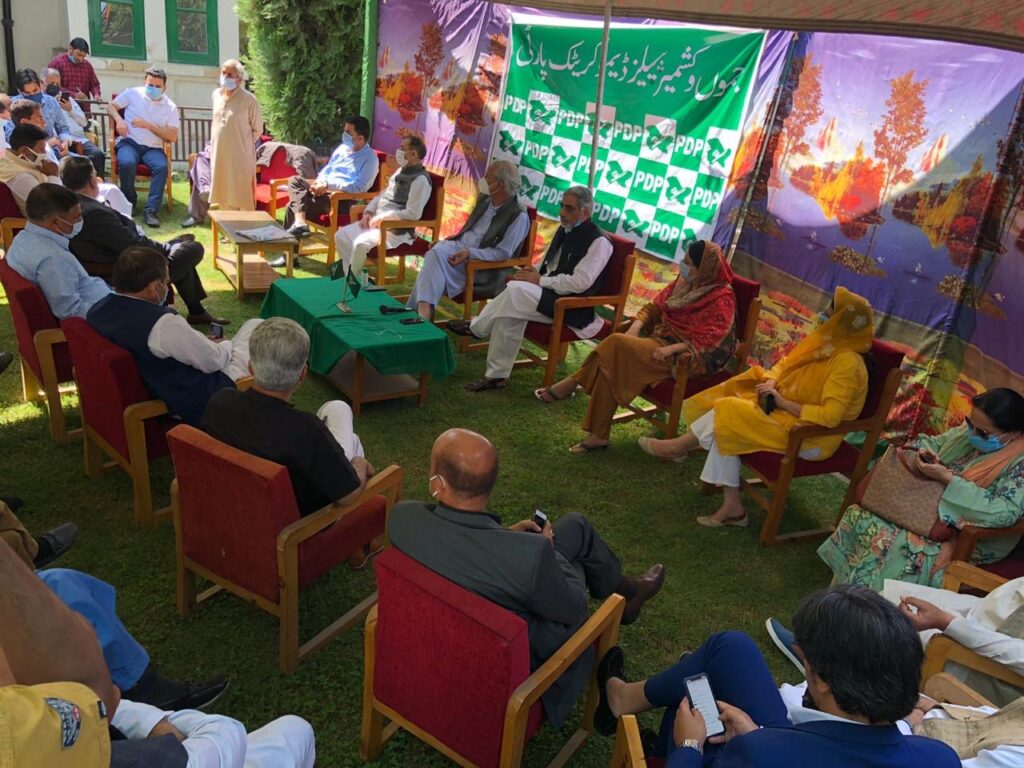 Srinagar, Apr 01: Out of 28 MLAs elected on ticket of Peoples Democratic Party in the last Assembly elections in the erstwhile State of Jammu & Kashmir, 18 have left the party in the past two and-a-half years after the BJP withdrew support to Mehbooba Mufti-led government.

In the 2014 elections, Peoples Democratic Party emerged as the single largest by winning 28 seats. But till date, 18 of them have either deserted the party or were expelled from it.

According to details, Apni Party has been major beneficiary of “decimation” of PDP as 10 MLAs elected on the party ticket in 2014 are now its part.

Altaf Bukhari, who heads the Apni Party, was himself MLA of Peoples Democratic Party  from Amira Kadal and was minister in governments led by  late. Mufti Muhammad Sayeed and his daughter Mehbooba Mufti.

Five of them were expelled from the party after they met foreign envoys and Lieutenant Governor Girish Chandra Murmu in January 2020.

Shah Mohammad Tantray, who had won Poonch Haveli seat in 2014 elections, has not joined any party yet after resigning from PDP.

Noted economist and former MLA Haseeb Drabu resigned from the party in December 2018 but did not return to politics.  He was recently appointed as independent director by aviation maintenance, repair and overhaul services provider Air Works.

According to observers, Peoples Democratic Party’s decline started when it joined hands with BJP for six-year power sharing in J&K.

“The party sought votes in 2014 to keep BJP out but then it ended up joining hands with the party,” they said, adding that this decision hurt PDP’s core vote bank.

They said that emergence of new power centers within the party after demise of Mufti Muhammad Sayeed was also responsible for weakening of the party. kno