Man held along with explosives in Doda: Army 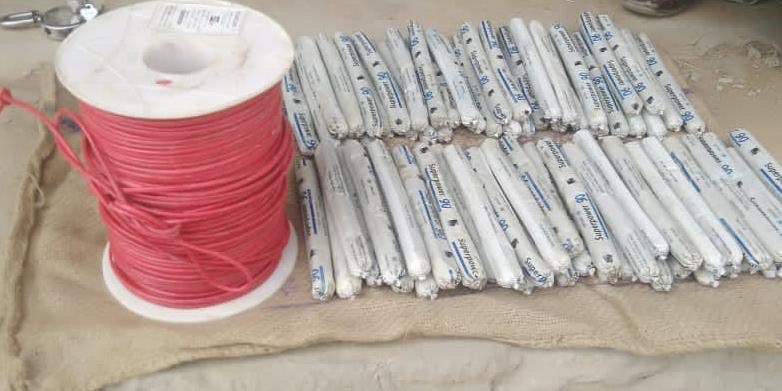 Jammu, Mar 31: The government forces on Wednesday said that they have arrested a person along with 9. 75 Kilograms of explosive material in the form of 78 gelatine sticks and 275 meters wire in Doda district of Jammu province.

Notably, the recovery has been made just days after a similar consignment of gelatine sticks and allied material was recovered from a hideout near a hydel power project in Kishtwar district.

In statement,  Army said that explosive material was recovered on Tuesday during an operation conducted based on specific intelligence at Gundna area of Doda district.

It said that the recovery includes 78 Gelatin sticks with explosive weighing 9.75 KGs, and Cordex-275 meters.

Army further said that one person has been arrested in this matter and further investigations was going on.