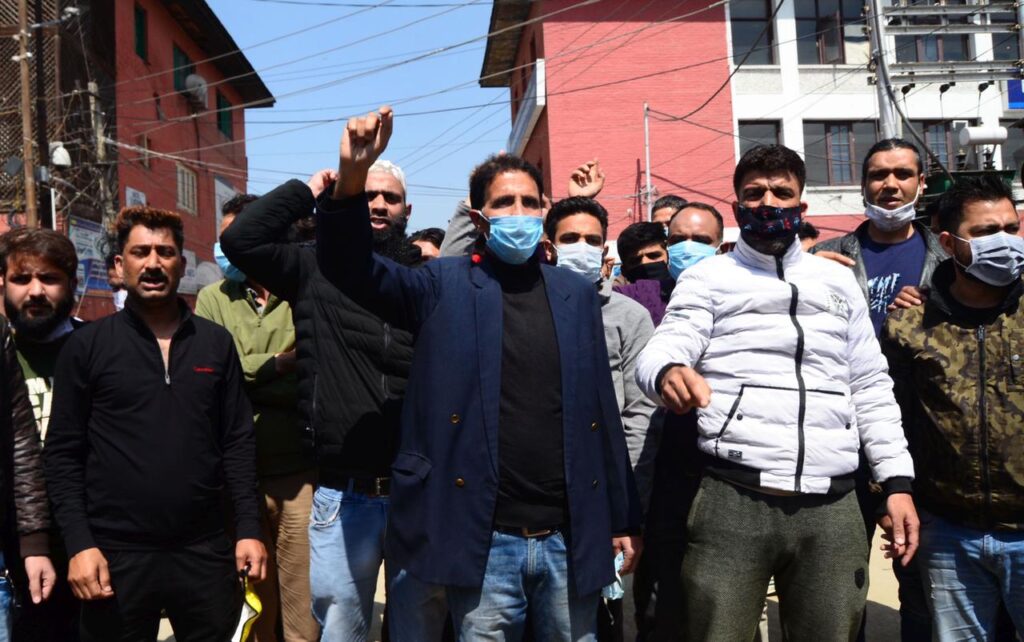 Srinagar, Mar 31: The Kashmir Trade Alliance members on Wednesday held a protest at Press Enclave in Srinagar against the recent order issued by the regional transport officer Kashmir for re-registration of vehicles bought outside Jammu and Kashmir.

The Kashmir Trade Alliance members led by Ajaz Shahdhar demanded exemption from what they called as “double taxation” of vehicles purchased outside Jammu and Kashmir.

He said that the authorities must revoke this arbitrary order as this was total injustice with the vehicle owners and also with the dealers as they now have to pay the tax amount twice at the rate of 9 per cent.

He said that how can they pay the tax again when it is already paid by the first owner of the vehicle and they have already been paying the nominal charges, which was the norm.

“We demand that double taxation be exempted and only nominal rates should be charged for the vehicles bought outside for re-registration here,” he said.