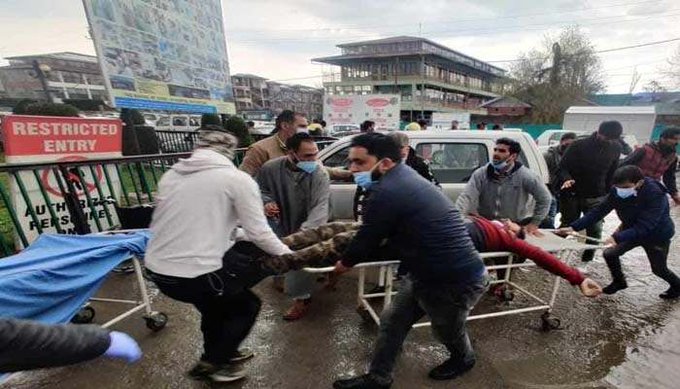 Srinagar, March 29: A BJP Municipal Councilor and a Special Police Officer were killed and a civilian injured in alleged militant attack in Sopore area of north Kashmir.

The injured were shifted to hospital where one of them, the councilor and the SPO succumbed to their injuries. The civilian has been referred to Srinagar for specialized treatment, they said.

Block Medical Officer Dr Rudiyana confirmed  the death of Reyaz Ahmad and SPO and injuries to Shams Din. Police said that investigations were underway as regards the attack.

Senior Superintendent of Police (SSP) Sopore, Sudhanshu Verma  said two militants are behind the attack in which a councilor and a PSO were killed, while another councilor was injured.

Talking with media on the sidelines of wreath laying cermonyat district police line Sopore, SSP said two militants were behind the attack, he said searches are on to nab the attackers.

The officer said so far it was not known which militant outfit was behind the attack however investigation has been started.