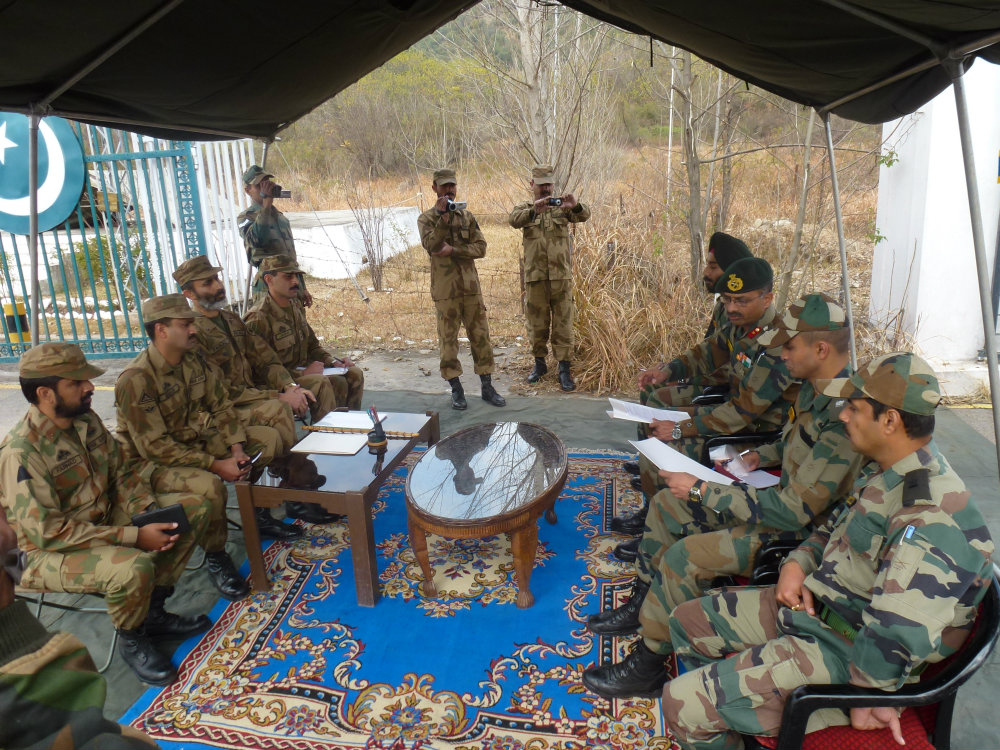 Poonch, Mar 26: Amid the fresh peace deal with the armies of India and Pakistan, a flag meeting was held on Line of Control (LOC) in Poonch on Friday between the field commanders of two armies.

In a brief press statement issued by army, it has been informed that Brigade Commander level flag meeting was held at Poonch-Ralwakote point to discuss implementation of mechanism as per understanding.

This was first meeting post DGsMoS level hotline talks between armies of both the countries.