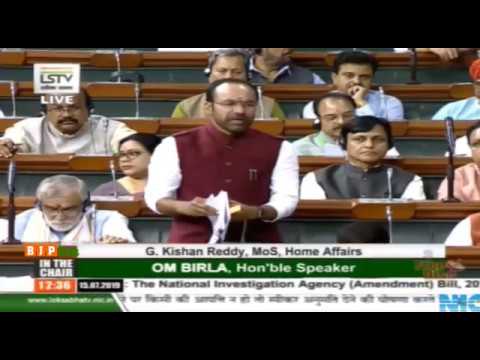 Srinagar, Mar 23: The Ministry of Home Affairs (MHA) Tuesday informed the Lok Sabha that a total of 481 Security Forces personnel and 215 civilians lost their lives in 2546 militancy-related incidents in Jammu and Kashmir between 2014 to 2020.

This information was shared by MoS Home GK Reddy in Lok Sabha in response to the questions that include whether there is an increase in militancy incidents across India since 2014 and the number of security forces who lost their lives in these incidents including the concrete policy to deal with Pakistan sponsored militancy.

In a written reply to the Lok Sabha the Minister of State (MoS) Home Affairs, GK Reddy said that In furtherance of its zero-tolerance policy towards terrorism, the Government has taken various steps which include, inter-alia, strengthening of the legal framework, streamlining of intelligence mechanism, setting up of National Investigation Agency (NIA) for investigation and prosecution of terror-related cases, having various hubs of National Security Guards (NSG), stepping up the border and coastal security, modernization of police forces and capacity building of state police forces, robust international cooperation, and designation of individuals and entities as terrorists, etc.