Kashmir at the heart of disputes with India, says Pak army chief as he stresses for resolution 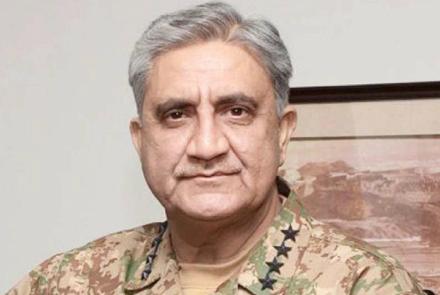 Islamabad: Pakistan Chief of Army Staff General Qamar Javed Bajwa said on Thursday that lasting peace in the sub-continent will remain elusive until the resolution of the Kashmir issue, stressing that it was time for India and Pakistan to “bury the past and move forward,” Dawn newspaper reported.

Addressing the audience on day two of the first-ever Islamabad Security Dialogue, Gen Bajwa noted that stable Indo-Pak relations were the key to unlocking the potential of South and Central Asia by ensuring connectivity between East and West Asia.

But this potential has always remained hostage to the disputes and issues between the two “nuclear neighbours”, he said.

“The Kashmir issue is obviously at the heart of this. It is important to understand that without the resolution of the Kashmir dispute through peaceful means, the process […] will always remain susceptible to derailment to politically motivated bellicosity.”

“We feel it is time to bury the past and move forward,” he said, adding that the onus for meaningful dialogue rested with India. “Our neighbour will have to create a conducive environment, particularly in occupied Kashmir.”

Bajwa’s comments come a day after Prime Minister Imran Khan said that India would have to make the first move to normalise ties with Pakistan.

“We are trying, but India would have to take the first step and unless it does that we cannot move ahead,” the prime minister had said while inaugurating the two-day dialogue.

The prime minister, however, did not elaborate what he expected India to do as the first step to resumption of ties. (Dawn)