I don’t see Assembly elections in 2021; My priority party, not polls: Omar Abdullah 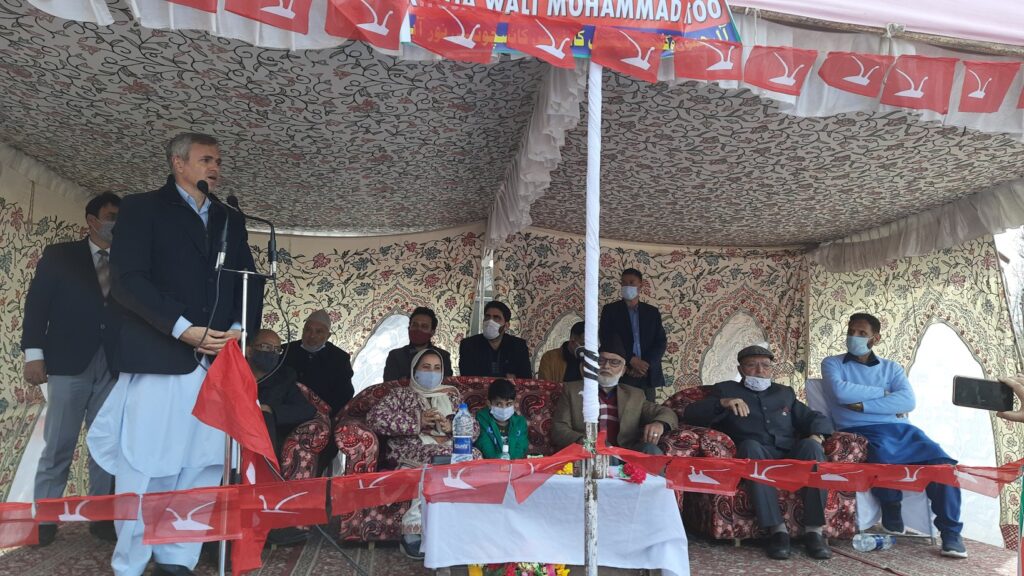 Kulgam, Mar 18: National Conference vice-president and the former chief minister of erstwhile state of J&K Omar Abdullah Thursday said that he doesn’t see Assembly elections taking place in 2021 as Delimitation Commission has been given one year extension and who knows whether the commission would get more extension in future.

He, however, said that his priority was not elections but to strengthen the party at the grassroots level.

Speaking to reporters on the sidelines of a party function organsied to pay tributes to senior NC leader Wali Muhammad Yatoo at Damhaal Hanjpora in South Kashmir’s Kulgam district today, Omar said that he doesn’t see Assembly elections taking place in 2021. “The Delimitation Commission has been given one year’s extension and who knows it may be given more extension.

Let me clarify that my priority is not elections, it may be for the others. My top priority is to strengthen NC at grassroots level, which I am doing,” he said, adding that “Today he had come to Kulgam to extend solidarity with NC leader Sakina Itoo on the 27th martyrdom anniversary of her father Wali Muhammad Itoo.”

Omar while replying to a query said that whether he is happy with the decentralization of District Development Councils (DDCs), he said as of now he doesn’t see any development taking place.

“There was 90 per cent voting during NC’s tenure when Panchayat polls were held.

“DDC members shouldn’t be used as photo-opportunity and as a diplomatic tool. These elections were held to strengthen the grassroots level. Government must distribute powers and responsibilities to DDC members so that democracy flourishes,” the NC vice-president said.

On how sees the recent commitment of Indo-Pak DGDMOs towards following the ceasefire pact of 2003, Omar said that he and his party has always welcomed such steps. “We hope this step will bring the two countries closer so that they talk freely in a peaceful atmosphere,” he said.

About recent remarks of Waseem Razvi about holy Quran, Omar said that Indian constitution doesn’t allow any assault on any religion. “Waseem Razvi is not a foreigner but one amongst us. People indulging in hurting the religious sentiments of people of any faith, should be brought to book as per the law of the land,” Omar said. kno