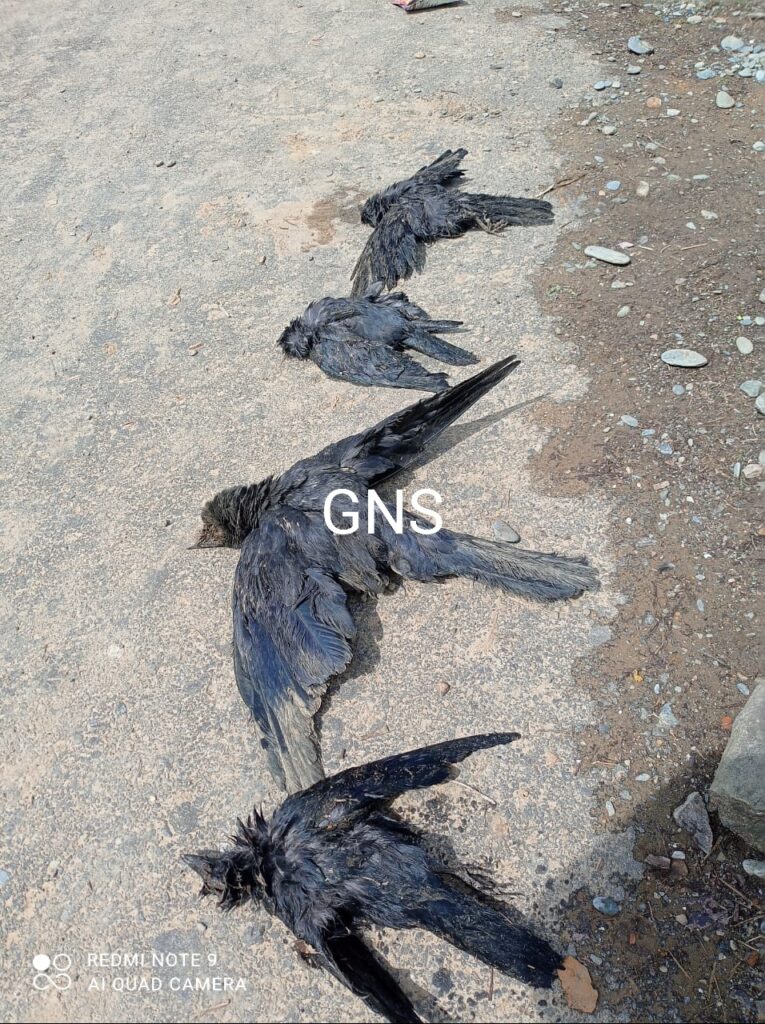 Reports said that panic triggered among local residents after dozens of crows were found dead at Gundmacher area in Lolab early this morning. However what puzzled the locals is that carcasses of around three foxes were also spotted at several places in the vicinity.

“The authorities have been intimated about the issue and we expect a quick follow-up in the matter”, a senior citizen of the area said adding that “Nonetheless the area has been witnessing a spike in the mortality rate of poultry birds even.”

Meanwhile when contacted SDM Lolab, Aijaz Ahmad Bhat said that a team will be shortly sent to the area to take the samples of affected fauna, as to ascertain the cause of their death.