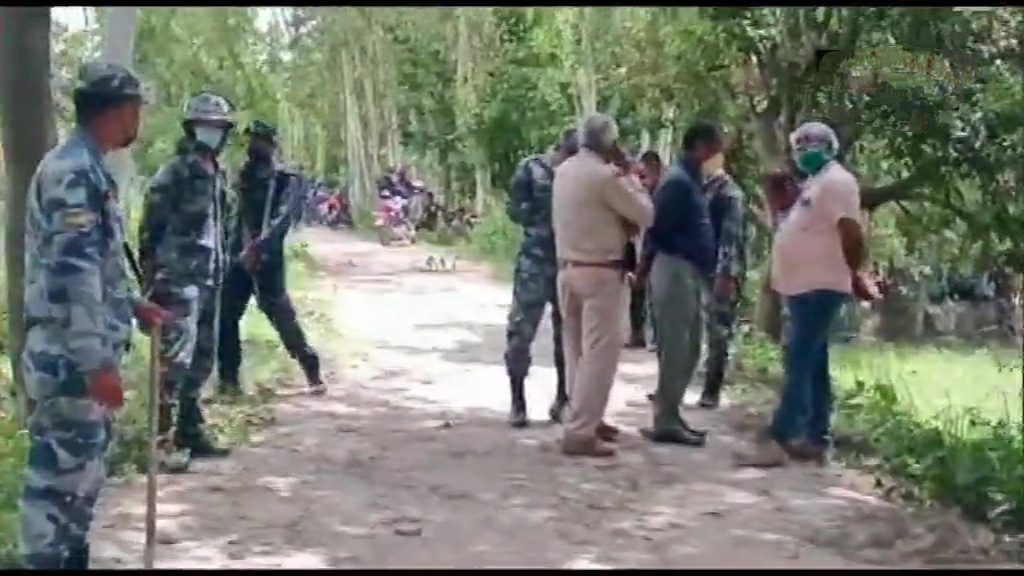 New Delhi, March 05: In Uttar Pradesh, one Indian citizen died and another is missing after a confrontation with Nepal Armed Police near International Border in Hazara area of Pilibhit district, All India Radio (AIR) reported.

The deceased was hit by a bullet.

According to the report, District Superintendent of Police Jai Prakash said that there is no tension on the border.

The top officials of District Administration have reached the spot and Police are monitoring the situation.

Pilibhit SP said that three persons crossed the border and had a confrontation with the Nepal Police, the report said.

He said that one person was shot by the bullet of Nepal Police and his body is lying in the hospital in Nepal.

Another person came back to the Indian territory and one person is missing, the report said.