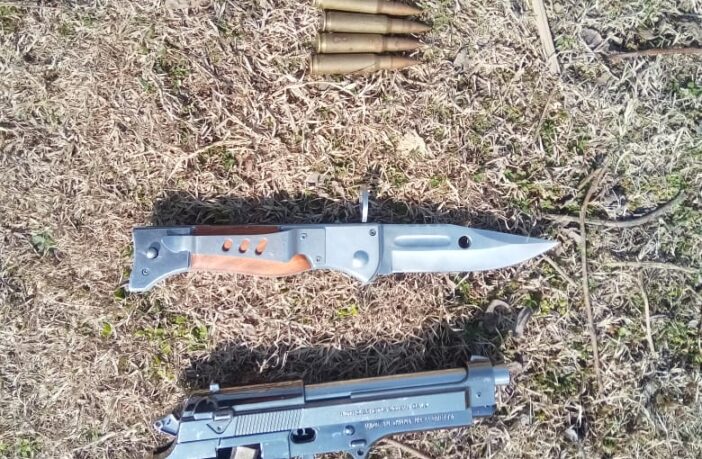 Awantipora, Feb 16: A former salesman of a Petrol Pump owner was held along with a toy pistol and some rounds when he tried to escape from the spot after assaulting the fuel station owner in South Kashmir.

Police sources said that a fuel station owner at Jawbera area that falls under the jurisdiction of police station Awantipora alerted a Road Opening Party of C-Company 130 Battalion CRPF that a man carrying a pistol is fleeing after trying to assault him.

The Forces swung into action and apprehended the assailant. Police sources added that besides a toy pistol 4 live rounds of SLR were recovered from him.

They identified the assailant as Rafiq Ahmed Sheikh, a resident of Dalwach Khurd area of Beerwah Budgam.

“Investigation has been started to find out where from this assailant procured 4 rounds of SLR. The assailant was the salesman of the petrol pump owner since November last year and prima facie, it seems an extortion case,” sources added. knt