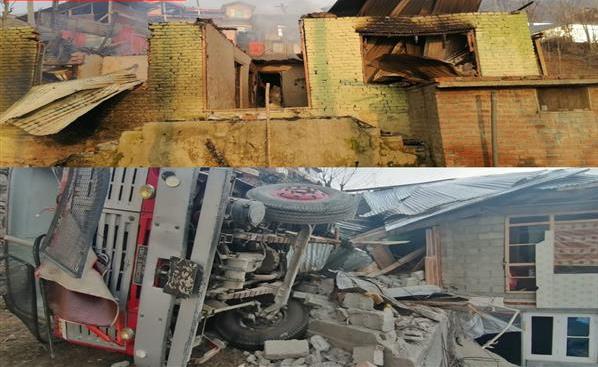 Baramulla, Feb 08: A residential house was gutted in a massive fire at Shah Hamdan Colony in north Kashmir’s Baramulla district on Monday morning.

They said that property worth lakhs was destroyed in the devastating fire.

He said that when fire tenders reached the spot, one of the vehicles skidded off the road and damaged another residential, however, there was no loss of life.

“In the incident one fireman of fire service department Baramulla got injured and he immediately shifted to GMC hospital Baramulla where doctors referred him to Srinagar for advanced treatment.”

The official said that in this regard Baramulla police have registered a case. (kns)