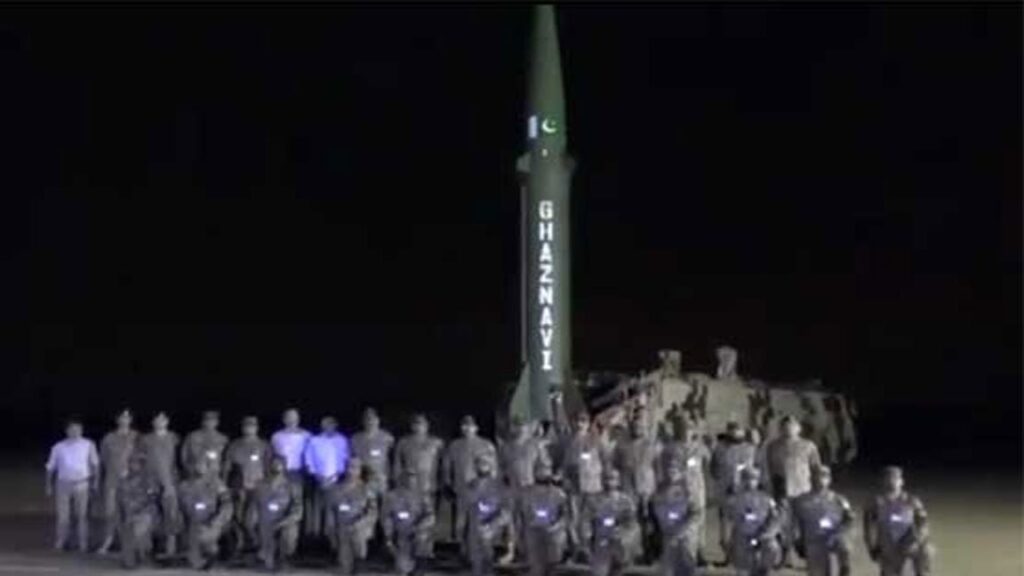 The Inter-Services Public Relations (ISPR) through a media statement announced the “successful training lau­nch” of the surface-to-surface ballistic missile Ghaz­navi, which is capable of delivering both nuclear and conventional warheads, the report said.

Ghaznavi (Hatf-III) is a solid-fuel, road mobile, surface-to-surface ballistic missile that has a range of up to 290km.

The missile is equipped with a proper terminal guidance system. In recent years tro­ops from the ASFC have conducted several training launches to check the handling and operating of the complex weapon system.

Conducting of a training launch means the missile sy­s­tem is operationally ready and the launch was not meant to test its design, the report said,.

ISPR Director General Maj Gen Babar Iftikhar in a tweet said that it was a night training launch.

He also tweeted a video of the training launch, the report added.

The Ghaznavi missile has been tested in both day and night modes, which indicates the high reliance of Army Strategic Force on this missile since it brings several Indian cantonments and military bases in areas along the border within its range even if launched from central Punjab.

The night launch, moreover, signals the 24/7 readiness of the missile, which is considered to be the most accurate ballistic missile in Pakistan’s arsenal. (Dawn)