At Minus 8.8°C, Srinagar Records Coldest Night After 30 Years 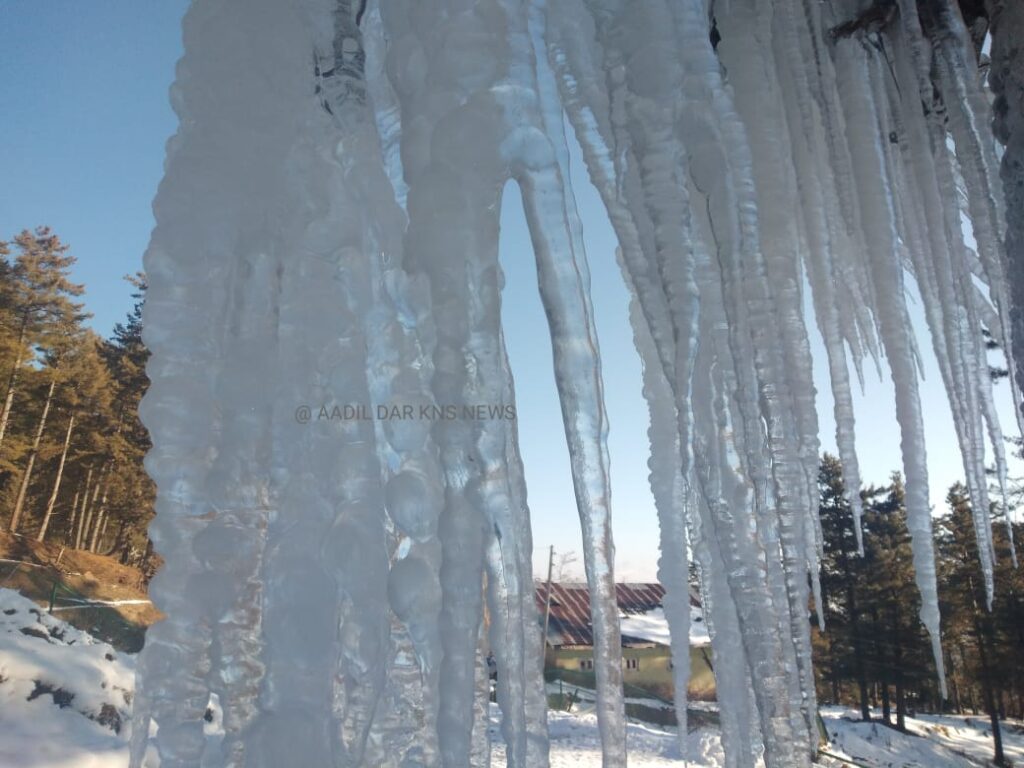 Srinagar, Jan 31: The severe cold wave gripping the Kashmir Valley sent temperatures tumbling as the mercury plummeted to minus 8.8°C in Srinagar, the lowest temperature of the season so far and the coldest January night in the past 30 years, the weatherman said on Sunday.

A meteorological department official said that at minus 8.8°C, the mercury in Srinagar was more than eight degrees below normal (minus 1.0°C) for this time of the season. On previous night, Srinagar recorded minus 7.2°C.

The minimum temperatures have consistently remained far below normal this season. On January 14, Srinagar recorded minus 8.4°C. On 20 January 1991, Srinagar witnessed a low of minus 11.8°C while the lowest ever temperature was recorded on 31 January 1893 when the mercury plummeted to minus 14.4 degrees Celsius. In between, the official said, the mercury dropped to minus 9.0°C on 11 January 1986.

“In last 38 years, there has been 17 occasions when Srinagar recorded -8 digress or less of which 1991 remained the coldest and harshest winter with prolonged cold spell of 9 days when temperature remained -8 or less,” Director Meteorological Department Sonam Lotus told GNS.

The minimum temperature also hovered around far below the normal for other parts of the Valley, the official said.

The mercury, the MeT official said, settled at minus 12.0°C in Pahalgam against minus 12.5°C on the previous night in the world-famous health resort.

Gulmarg recorded a low of minus 8.0°C against minus 10.0°C earlier night, the official said.

The mercury settled at minus 2.3°C in the in Kupwara against minus 3.7°C on the previous night, the official said.

‘Chillai-Kalan’— the 40-day harshest winter period which commenced on December 21, has ended. The period is considered the harshest of the winter when the chances of snowfall are most frequent and maximum.

This season there have been already at least two spells of considerable snowfall. The cold wave, however, continues even after that in Kashmir with a 20-day-long ‘Chillai-Khurd’ (small cold) and a 10-day-long ‘Chillai-Bachha’ (baby cold).

The weatherman has forecast cloudy weather and from tomorrow morning. The official said, “night temperatures will definitely improve by few notches.”

“A feeble western disturbance is likely to cause isolated to scattered precipitation during 1-3rd February. due to which we expect a gradual rise in Minimum Temperature from tomorrow.”